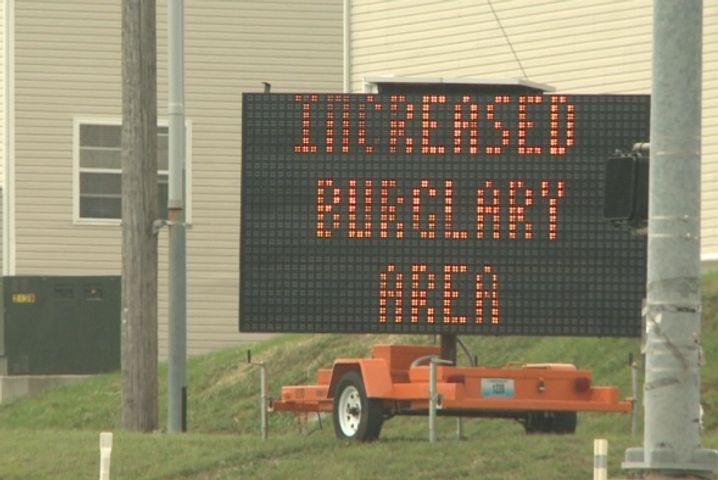 COLUMBIA - A sign reading "Lock your cars, lock your doors, increased burglary area," was placed at the corner of Grindstone and Bearfield on Friday because there have been an increased number of burglaries in the southside of Columbia according to the Columbia Police Department.

Columbia police officers have issued an increased burglary alert for the area. The southside of Columbia consists largely of student apartments and college sectors.

Residents on the southside of Columbia said they have heard of multiple burglaries, especially around Ponderosa Street. One Copper Beech resident said she feels safe in her home, but around town is a different story.

"When I'm around town, I've started to be more careful about where I'm putting things and when I'm leaving and where I'm walking," Laura Ulmer said.

Ulmer has friends who live on Ponderosa Street. and have had items stolen from their house. She said coming across the sign was anything but surprising.

"I saw it and was not surprised at all," Ulmer said. "I was like, that seems to make sense."

For now, the Columbia Police Department is advising anyone in the area to make sure they lock their doors and cars to avoid any further burglaries.