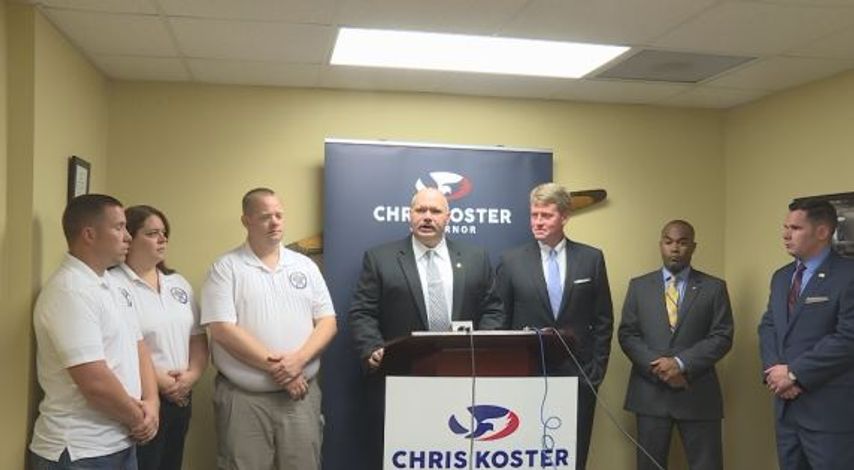 The order is the voice of law enforcement in the state of Missouri. It represents more than 6,500 police officers in Missouri and about 333,000 across the country.

Representatives from the police force of both St. Louis and Kansas City said Koster has helped law enforcement throughout the last 22 years.

“He understands how hard our jobs can be, and he wants to do everything to make sure that we do those jobs safely and effectively,” Patterson said.

Koster said he wants to raise salaries for officers and get young people excited about law force positions.

About once a month, Koster said he will go to schools in the St. Louis area and talk to students about a career in law enforcement.

"We are living in a very challenging time for law enforcement in our country. These individuals are under figurative and literal attack around our country," Koster said.

If governor, Koster said, he wants the families of law enforcement to know the government will have their back so they do not have to live in fear.

KOMU 8 News reached out to Eric Greitens' campaign, which has not responded with a comment.