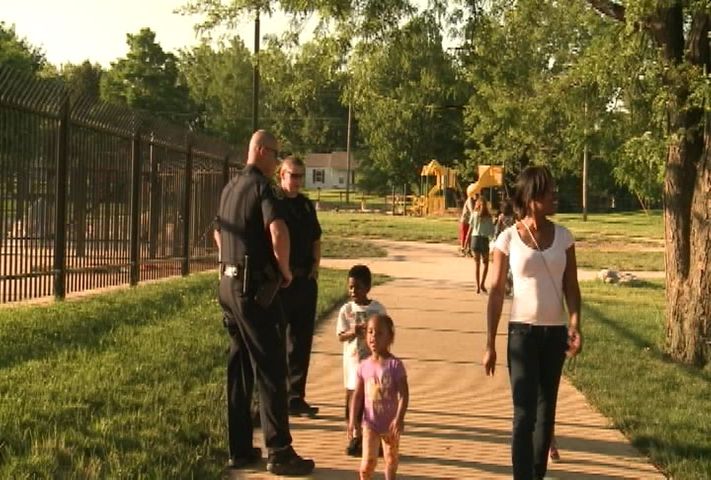 COLUMBIA - In the past week, a new effort to enforce a police presence in the Douglass Park area has provided apparent comfort, stability, and--as one park regular said--peace.

"They're walking around, they're sitting with the people, they're shaking little kids hands," said Samuel Brady, Douglass Park's baseball coordinator. "It's overwhelming, and it's been wonderful. They deserve credit."

Brady has been involved in an effort to make the park safer in the wake of the recent violence. He runs a baseball league that calls the park's field home, and prior to recent safety fixes, he said he was having trouble finding parents who would sign their kids up to play.

"When you think about Douglass Park, you think about crime and shootings," he said. "And that's not fair to the people who use it because there are some great people here."

"It's a one-hundred percent turnaround," he said. He added his league numbers are around 150, an increase of 100 players from a few years ago.

Officers James Meyer and Jamie Dowler patrol the park four nights per week. They said their main goal is to build relationships with people who might otherwise think negatively of the police.

"I worked in this area for a year and I really enjoyed it," Meyer said. "There are some great people here. We're looking forward to meeting others like them."

Meyer said the foot patrols will last through the summer. The department will then evaluate the patrols' success and decide if they should continue.

The park's baseball-playing community certainly hopes Meyer and Dowler will stick around. After watching the two officers interact with children before a Wednesday evening practice, one mother said she'll be looking to sign up her four-year old son to play next year, as players must be at least five years old to participate.