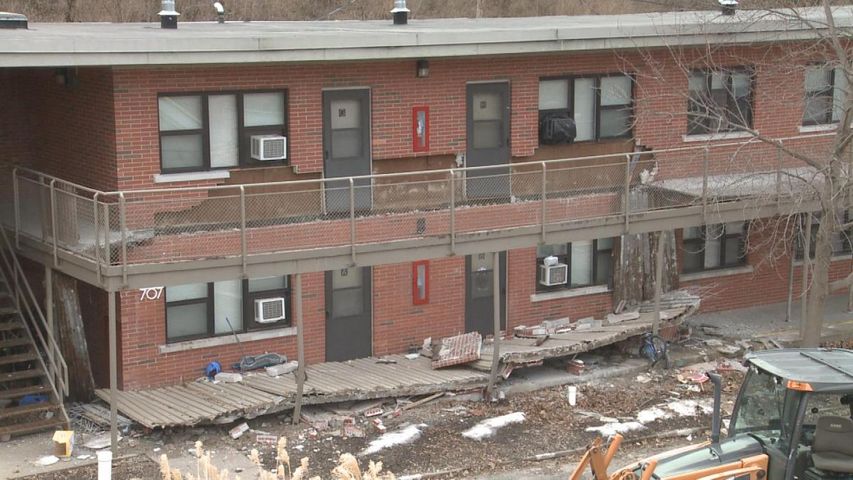 COLUMBIA - A report from University of Missouri police provides more insight into a collapse at University Village Apartments.

University of Missouri police responded to a reported roof collapse at apartment 707 of the University Village apartment complex.

Rodney Stewart interviewed the initial complainant who said he was sleeping when he heard a loud noise that woke him up.

"Alwan said as he was looking out his window, he noticed the walkway in front of his second floor apartment had a significant 'dip' in the floor. Alwan said he also observed something unknown to him 'hanging' from the walkway, which was out of place," Stewart stated.

University of Missouri police Sgt. Alan Fish was examining building 707 with Britt when the walkway collapsed. Fish said he heard a loud bang and saw the concrete walkway collapsing toward him and could no longer see Britt.

"Additional firefighters, from the other trucks rushed to the collapse and began working to free Lt. Britt," Fish stated.

You can read the police report in its entirety here.