Police respond to dozens of slide-offs in latest winter storm 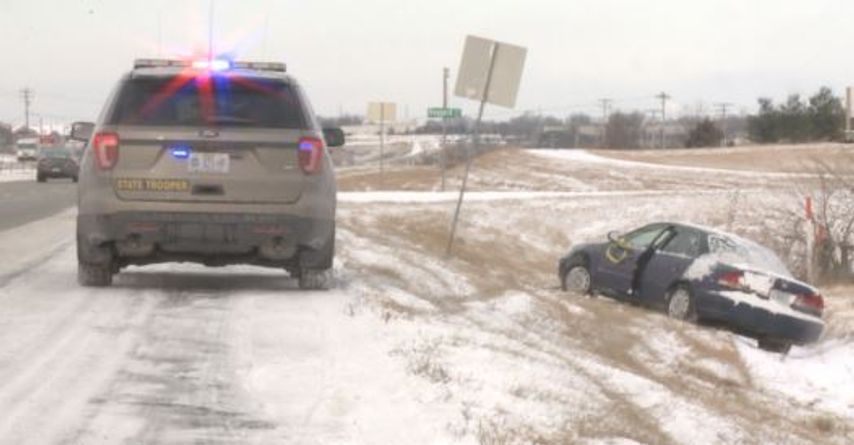 COLUMBIA - Dozens of drivers have slid off the road in central Missouri and the highway patrol says many of them were simply going too fast for conditions.

Pastor Marion Mitchell pulled his niece out of the ditch on Highway 63 when she slid off the road. Mitchell said, even though the roads may not look snow covered, they are still very slippery.

"I had to use chains and my pick-up truck to pull her out," Mitchell said. "Slow down, take your time, give yourself enough time to get where you're going."

Most of the time Missouri State Highway Patrol just makes sure everyone is okay, but in 23 cases Monday, troopers filed reports on weather-related accidents.

Snow fell for most of the night Sunday over mid-Missouri accumulating more than 2-inches.

MoDOT crews have successfully cleared most of the major roadways, including I-70 and Highway 63, however, the smaller arteries are still very much snow-covered.

"With temperatures being so low, most streets in Columbia will stay snow-packed until the temperatures rise, especially side roads," he said.

He recommends driving slowly and allotting more time for the trip.

"Most roads you should be able to drive on, just keep it slow," Dalton said.

According to KOMU 8's latest weather models, temperatures will reach above freezing Thursday, and more into the 50s over the weekend.