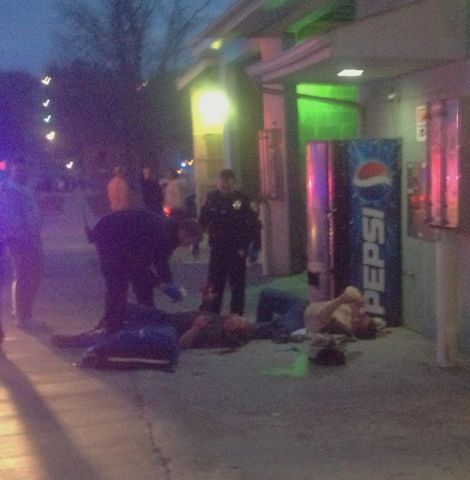 Residents expressed concern after a fight between three men broke out downtown. The Hermann Police Department is still looking for witnesses after the city's popular Wurst Fest.

Rosie Mundwiller, a long time resident and business owner said the town attracts a lot of tourists from all over.

"We thrive on tourism, I don't think there's an organization or business in town that would tell you otherwise, we need them," she said.

Mundwiller lives downtown near the scene of the fight and took pictures of the three injured men. She said she is not surprised the incident shook residents up.

Mundwiller said she saw one man with a head injury, one with a hand injury and the man stabbed down the street.

According to Mundwiller, even surrounding businesses took precautions by going on lockdown.

Although the major increase in tourists could cause problems like Saturday's incident, Mundwiller said welcoming all tourists is essential to Hermann.

"Oktoberfest brings them in pretty good, and we have something just about every month that really bring in a lot of tourism. That's how they keep us going," said Mundwiller.

If you have any further information about Saturday's incident call Hermann Police.