Police review board gets complaints about lower officer education requirements 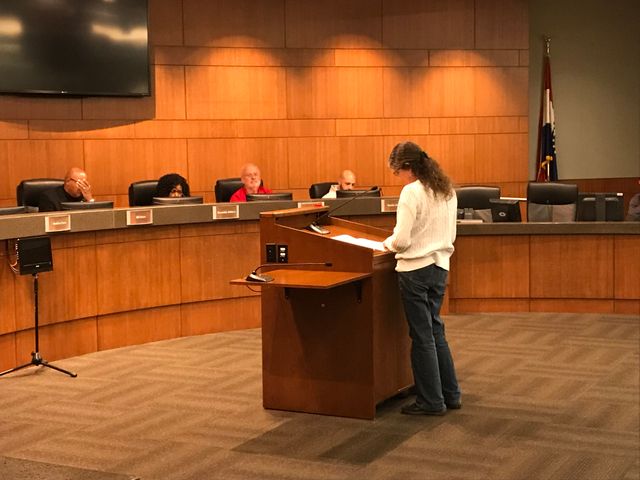 COLUMBIA - A member of the advocacy group Race Matters, Friends angrily spoke out against the Columbia Police Department's newly lowered education requirements, at the end of Wednesday night's meeting of the Citizens Police Review Board.

"The education requirements, they were presented to the public as a way to diversify the department," Carol Brown said. "As though the only way to diversify a department is to get more people of color in there by lowering the standards. That's racist."

The police department no longer requires any degree of college education from prospective officers, although they are yet to change that on their website.

"I think it is fundamentally unfair to the officers that are here, and unfair to a community to say, 'We can't bring in quality people, so we're going to lower the standard,'" said board chairman Darryl Smith.

The education requirement was not on the evening's agenda. The only thing in the "New Business" section was changes to CPD's Internal Affairs Policy 1020.

The policy guides the department in all internal affairs investigations. The policy already has a long history.

In August, the Columbia Police Officers Association changed 12 city ordinances and four department polices, including Policy 1020. The policy has since been amended again. At Wednesday's meeting, these additional amendments were up for discussion.

Police Sgt. Brian Tate was at the meeting to answer questions from board members as well as the public.

He said the main change CPD has made to their internal affairs policy is that it now puts on record when a resident calls and says they don't want a traffic stop to reflect poorly on an officer.

For complaints against police officers, nothing has changed.