Police Search for Driver after Car Crashes into House 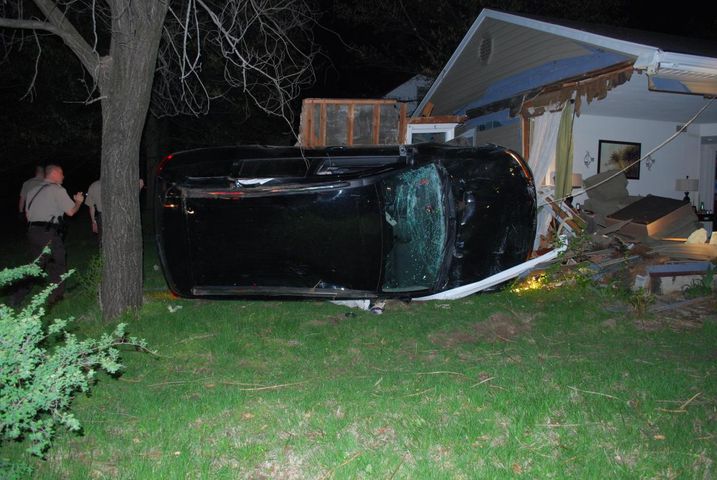 COLUMBIA - A speeding car ran into a home on W. Ash Street early Wednesday morning. Rhonda Victor had just gone to bed when she heard a loud noise and discovered a car in her living room.

"I didn't quite know what to do," Victor said. "I didn't realize what happened."

Victor said the keys were still in the ignition and the driver was nowhere to be found. One of Victor's neighbors claimed that she saw a man- who she suspected to be the driver - running toward a nearby park shortly after the crash.

The Columbia Police Department issued a news release saying an officer noticed a speeding car going down Ash near McBaine Avenue. According to the officer's radar, the driver was driving 63 miles an hour. That's when the officer turned on his patrol car's lights and sirens to try and stop the vehicle. After chasing the car for three blocks, the officer decided it was unsafe to continue the chase.

Not long after that, the officer found the vehicle crashed into a home at 1117 W. Ash. Victor was not injured but was taken to the hospital just in case.