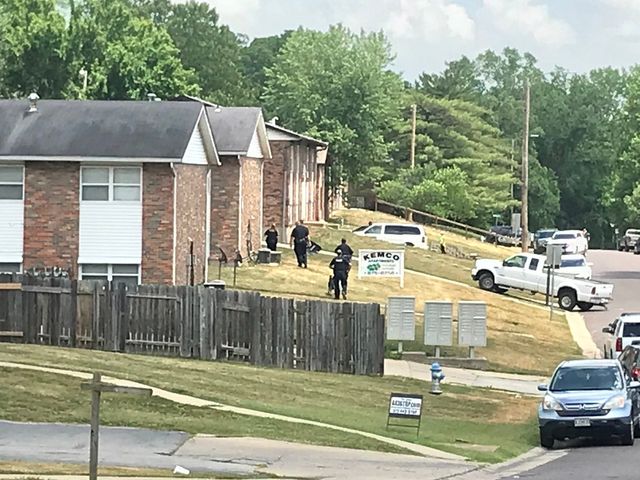 COLUMBIA - Authorities said they were looking for a man near Vandiver Drive who was considered armed and dangerous.

Columbia Police officers said they were investigating a domestic assault case, and the suspect ran off.

Officers patrolled the area stretching from Sylvan Lane to Bass Pro Shops for at least 30-40 minutes. Officers were looking for a man who violated his parole, last seen running into a wooded area near Bass Pro Shops.

Officers blocked off several streets off of Vandiver Drive, and drivers were not able to travel east on Vandiver.

"We have not located him yet but we believe we know who he is" said Lt. Jeff Jones.

Lt. Jones said he believes the suspect is a parole absconder but that has yet to be confirmed.

"He was wearing a grey shorts, black shirt and a red hoodie," said Lt. Jones.

The police presence in the neighborhood has decreased but officers are continuing to patrol the area.

As of 2:10 p.m., authorities and police K-9 units appeared to be entering the Kemco Apartments on Quail Drive.

Lt. Jones said they are searching apartments one by one as leads come in.