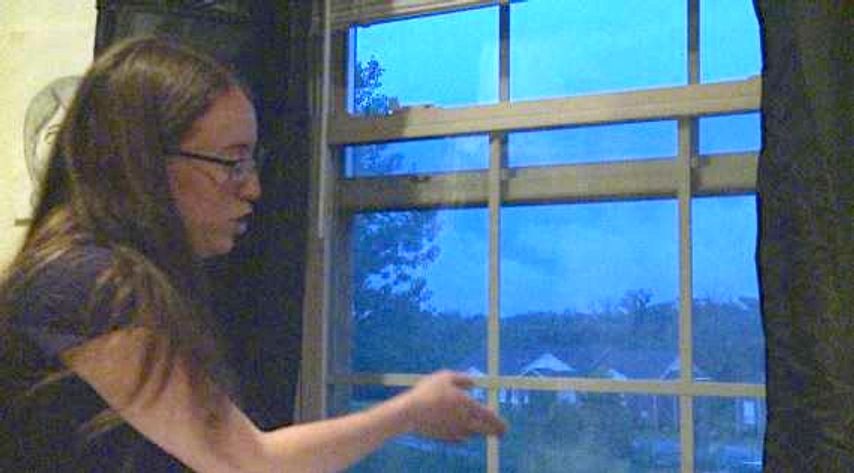 COLUMBIA - A string of crimes in the Clark Lane are off I-70 and U.S. Highway 63 has citizens on alert. Police reported a shots fired incident June 16 in the parking lot of Taco Bell and within the past month there have been 21 residential burglaries in that area.

That data is according to information provided to the RAIDS Online crime-mapping database by local law enforcement agencies.

Grantwood Village is one of the housing complexes hit by crime. According to residents, the landlord said that he was aware of the area burglaries and was taking action to resolve the issue. Erica Grado is a resident of the complex and fell victim to a break-in when belongings were taken from her first floor bedroom.

"I was watching a movie with my roommate and we were getting up to go to bed when the dog sprinted for the stairs and she starts barking like crazy," Grado said.

The house dog, Lexie, was warning them of an intruder that Grado said they never would have known was entering the house.

"Me and my roommate both thought that was really odd. Then we noticed that her window was open and her video games were all throughout the backyard," Grado said. That's when she called police to report the apparent break-in.

Although the incident startled her and her roommates, Grado said that she believes burglaries are something you have to be cautious of no matter where you choose to live.

"I called my landlord and I asked him if he could replace the screen and he informed me that it had been a problem in our building," Grado said. "He said he was trying to get it fixed and he was going to put lights in our backyard."

The landlord is speaking with electricians and has plans to install two light posts in the backyards of every housing unit.

Residents say they are hopeful that the installation will deter burglars in the future. Grado said she believes had there been lights before, the intruder may not have felt as tempted to break-in.