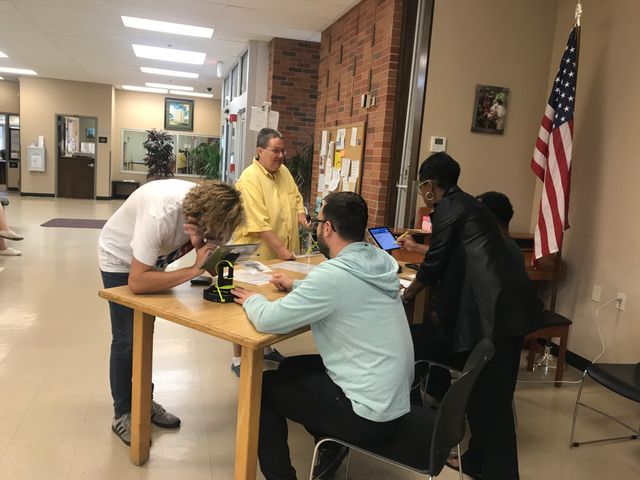 COLUMBIA - Voter turnout in Boone County is expected to be between 35 and 40 percent, according to County Clerk Taylor Burks.

Poll workers said there was a steady stream of voters all day long.

College sophomore Jessica Kingwill voted in Missouri for the first time Tuesday. The Chicago native said young voters have a lot of impact in elections.

"I think we can really sway the vote one way or another," she said. "I've heard statistics that my age group has a really bad voter turnout, and I think that really needs to change."

CaSandra Edwards said she votes in every election.

Edwards thinks the results of this year's primaries will be close.

"People think that your vote doesn't count, but it really does in the long run," she said. "I believe if everyone gets together and votes, then what they want will pass."

"I think it's a civic responsibility to vote," he said. "I think, after the last election, we all know that every vote counts."

"I always vote in the elections that count," he said. "I very seldom vote in primaries like this, but I'm interested in the proposition they had on the ballot."

"We have a lot of strong opinions about certain candidates and political things, and I think we have the right to express that," she said.

Mcsheehy said, "It's important that we have control over the way the direction of this country is going."