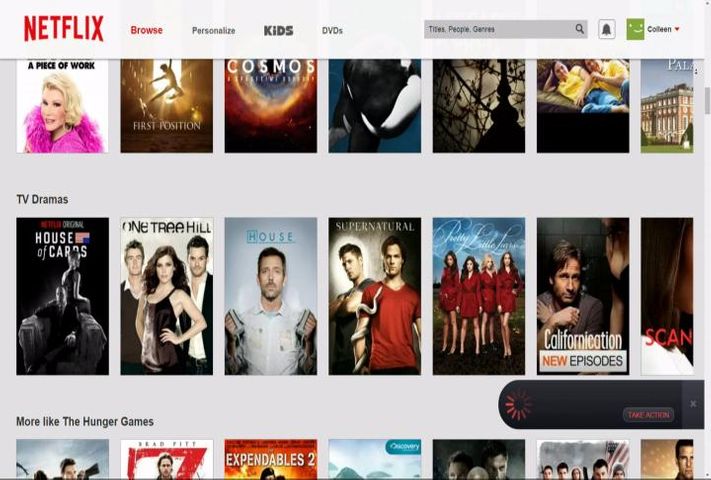 COLUMBIA - Popular websites like Netflix, Reddit, Etsy, and Vimeo are participating in an online slowdown protest to show support for the concept of net neutrality.

These top sites are protesting of a proposal from the Federal Communications Commission, which would give broadband companies the opportunity to charge websites a fee in order to give users access to "Internet fast lanes."

The websites are putting up a picture or animation that informs visitors about what the FCC is trying to do.

One Columbia resident, Beth Chandler, said she enjoys watching Netflix in her free time. She supports Netflix in protesting the proposal.

"I think it's crazy because I already pay for the highest speed access that I can get, and I already pay Netflix," Chandler said. She said they are taking her money "away from those companies that I'm paying for."

Another Columbia resident, Eammon Lindsey, said he thinks the larger companies like Netflix, could handle a fee, therefore his concern is for the smaller websites out there.

"Other smaller companies aren't going to be able to do that, so it's going to drive them out of business or into a lower business bracket," Lindsey said. "That's not fair and not right."

The FCC isn't making any decisions just yet. It is allowing for people to post a second round of comments on its website until September 15th.

Next Monday 9/15 is the deadline for the 2nd round of #OpenInternet comments. Submit via openinternet@fcc.gov.

The online slowdown protest will end Thursday at midnight.