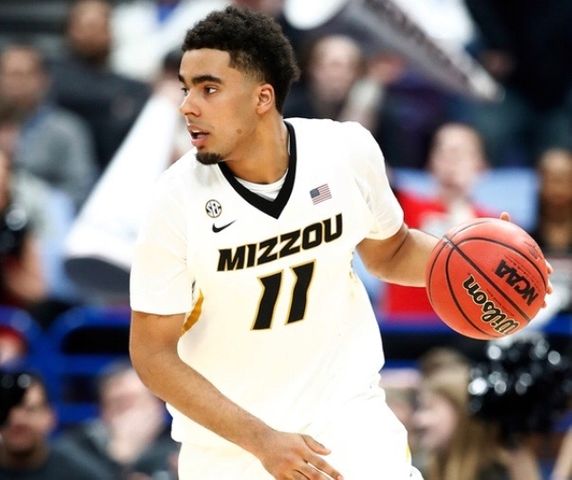 COLUMBIA - Mizzou forward Jontay Porter will miss the entire 2018-19 basketball season after tearing both the ACL and MCL in his right knee. The sophomore NBA-prospect will have a major physical and mental obstacle.

“The more education that we get about these ACL injuries, the more we are finding out it is a mental battle just as much as a physical one," athletic trainer Bryce Roark at said.

Roark said it usually takes six months to a year for a full physical recovery from a torn ACL.

"For Jontay, the ACL is going to be the main focus because MCLs will actually heal on their own," Roark said. "Recovery time is different depending on the athlete. It can vary based on mental preparation and physical rehab."

Roark is the head athletic trainer at Father Tolton Catholic High School in Columbia where Jontay and his older brother, Michael Porter, Jr., went to school in 2016. He's been around the Porter family and has an idea of Jontay's support system.

"As long as he comes in with a positive attitude and does everything he's supposed to, I don't see why he won't have a full recovery," Roark said.

Porter suffered the injury in a closed door scrimmage against Southern Illinois on Sunday. Mizzou fans and season ticket holders felt very emotional about the injury.

"I screamed when I heard the news," student season-ticket holder Davis Gurley said. "I'm hoping he gets healthy fast so he doesn't ruin his NBA chances."

Porter, standing at 6'11", was thought by several basketball analysts as a lottery pick in the 2019 NBA Draft. He won co-SEC sixth man of the year and was named to the SEC all-freshman team last season.

"With his length and athleticism and the ability to shoot the ball, he was looked at by scouts as a mid-first round to lottery pick," college basketball insider Jeff Goodman said.

Goodman said Porter still has a chance to get drafted in the first round, but it all depends on his recovery.

"I'm still going to go to the games and support my team, but we're never going to reach our full potential with Jontay missing," Gurley said.

The MU athletics department said head coach Cuonzo Martin will address the media on Porter's injury at a press conference sometime in the next week.