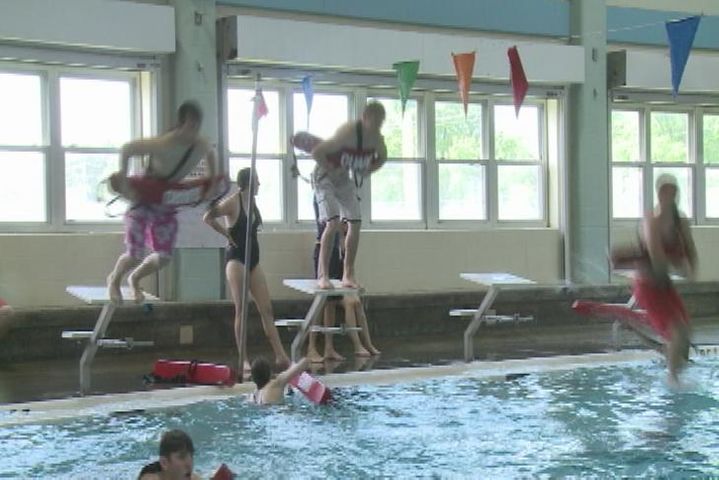 COLUMBIA - With only a few weeks of school left, time is running out for teens to find a summer job. Across the country, more cities have jobs for teenagers to fill than in years past, including Columbia.

Parks and Recreation of Columbia hires many teens in their different departments, one of the more popular being aquatics. The aquatics department hires around 100 people every summer, with 60 percent being teenagers. The jobs include pool managers, concessions, and lifeguards.

"Specifically with teenagers, we are looking for someone very mature for their age. This job takes a lot of responsibility," said SJ Idel, aquatics manager for Parks and Recreation.

All of the lifeguards and pool managers must be certified through Parks and Rec before getting hired. They learn lifesaving skills like CPR, and also rescue techniques at a training session before they are allowed to lifeguard.

Parks and Rec is one of the few places in Columbia that hires 15 year-olds. For many, including 16-year-old Brittany Miller, it is their first job.

"I've been relying on my parents for most of my money, and I'd like to be able to take care of myself," said Miller.

The workers make $7.25 an hour, which is federal minimum wage. There are six different facilities where these teens can work such as Hickman swimming pool, the ARC and Twin Lakes.

"I hope to buy a car, so I can have gas money, so I can transport myself," said Miller.

Parks and Rec is offering one more lifeguard certification class and still plans to hire more people. They started their hiring in April, and will be done by mid-June.

"We'd like them to start looking in February, but we understand kids have a ton of stuff going on in school," said Idel.