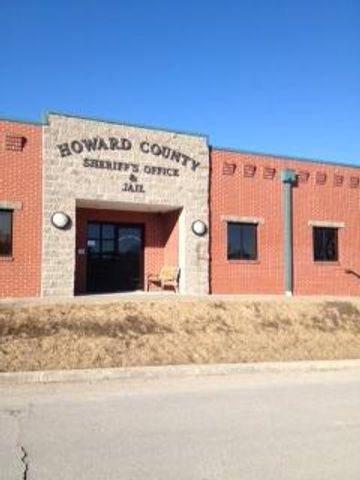 HOWARD COUNTY - Court documents hint that a love triangle may have been at the center of the Aug. 2011 alleged murder of Jon Spurling.

Jefferson was married to Spurling's ex-wife. Court documents say Jefferson may have been jealous that his estranged wife still had feelings for Spurling.

During interviews with investigators, the woman described Jefferson as "controlling" and "possessive." The woman said Jefferson was aware she still had feelings for her ex-husband.

Jefferson told investigators he didn't think the woman had talked to her ex-husband in years.

Jefferson said he never met Spurling in person, but they communicated on Facebook one time. Jefferson contacted Spurling to ask questions about his relationship status with the woman. According to Jefferson, he and Spurling had a mutual friend.

Investigators interviewed the friend during the investigation. The friend said Jefferson came to her house unannounced after the two had not seen each other in years. Jefferson asked the woman for help retrieving his Pontiac Grand Prix.

This is the same car three witnesses claim was at the scene the night of Spurling's murder.

Spurling was found by his parents who went to check on him after receiving a call Spurling had not shown up to work. Investigators say Spurling had a gunshot wound to the head and torso.

Jefferson went to the woman's house the day after Spurling's murder offering her the Pontiac, "but instructed her to hide the vehicle behind the residence, so it could not be seen," according to the probable cause statement. The woman said the car looked like it had been detailed from the day before.

In subsequent interviews with Jefferson, investigators say he changed his story multiple times including changing his whereabouts the night of the murder.

Although Jefferson has been arrested and charged in the murder of Spurling, Howard County Sheriff Mike Neal said, "we still are actively following other leads that have come in and we are tracing those down and doing following up on those. So this is far from being over."

Jefferson is being held in the Howard County Jail without bail.