Mizzou Baseball Player Keaton Steele Does it All 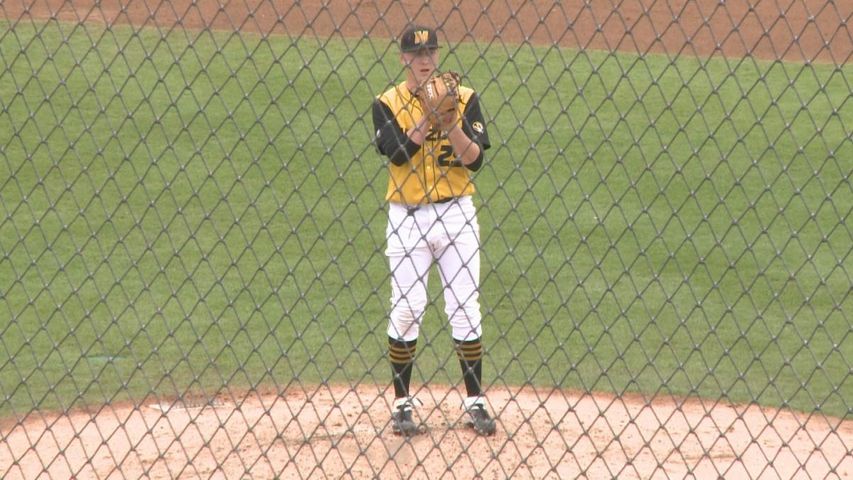 Steele guided Iowa Western to winning the NJCAA national title in 2012. In the championship game, Steele hit a go-ahead two-run home run along with earning a save.

Being a Missouri native, Steele said he's definitely familiar with the Tigers.

"I grew up a Tigers fan, so I figured you know, why not. They're playing in a new conference and it just happened to be the best conference in baseball and in the nation," Steele said.

This year, he's pitched 46 strikeouts and has a team-high four wins.

"When he comes into the game, there's kind of like that element up on the mound that you know he gets it done and once Steele comes in it's kind of game over, that kind of mentality," teammate Scott Sommerfeld added.

Not only can he throw strikes and play the infield, Steele is also good at bat. With just 29 starts, Steele has hit four home runs.

"I just honestly try to go up and hit the ball up the middle every time, I don't try to do too much, and I think that's a lot of times what guys get in trouble with. But, I mean studying the guy who's throwing you that day, history passed of what they've done to hitters that are similar to yourself is really key to figuring out how they're going to pitch you," Steele said.

With so many talents in the sport of baseball, he does have a favorite.

"I like to pitch because I like to control the tempo of the game and especially if you're out there wheeling and dealing you can really upset a lot of people," Steele said.