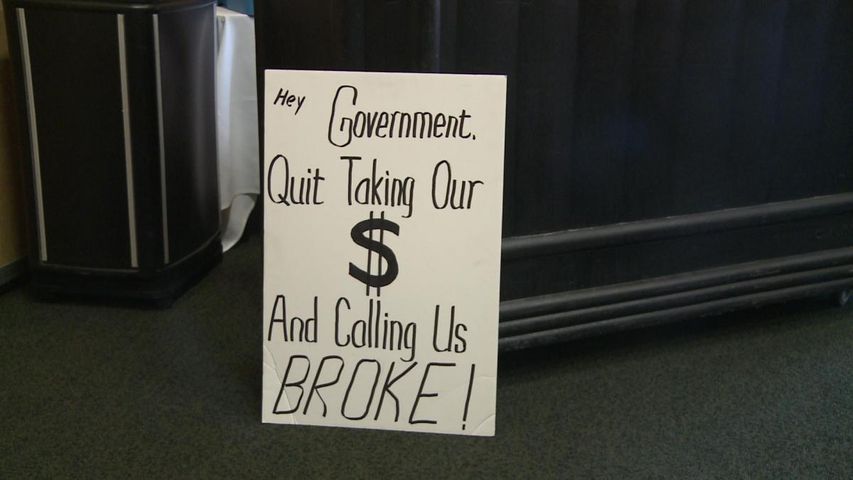 COLUMBIA - Dozens of people gathered at a public meeting Friday afternoon to discuss the potential closing of the airport mail facility and what that means to the industry and the local population.

Around 30 people went to the meeting, including postal employees, some county officials, and local residents.

"They are interested in what the situation was," President of the Central Missouri Area Local Jim Marsden said. "They are not affected as a mailer, but they are affected as a recipient of mail."

Marsden said he has no detailed information about the closing. He said the facility eventually will be closed, but he tried to raise more awareness and fight with others to keep it open as long as possible.

Marsden said the change will impact more than just the 42 people who work there.

"It will also impact the clerks at the main postal office and the tiger station, because we are all technically one big facility," Marsden said. "So, with the impact of a senior clerk at the mail facility, it will roll down to impact everyone junior to him who would end up having their job reposted to be made available to the senior clerks who are losing their job."

Although the Postal Service said it would save $1.7 million per year in salaries, Marsden said it would just move the money to somewhere else rather than saving it.

Also, after the closing, the one day standard for delivering local mail will be changed to two- or three- day standard since the mail has to go to processing centers in Kansas City and Saint Louis.

Marsden said he hopes more people can come to the meeting to get their voices heard.