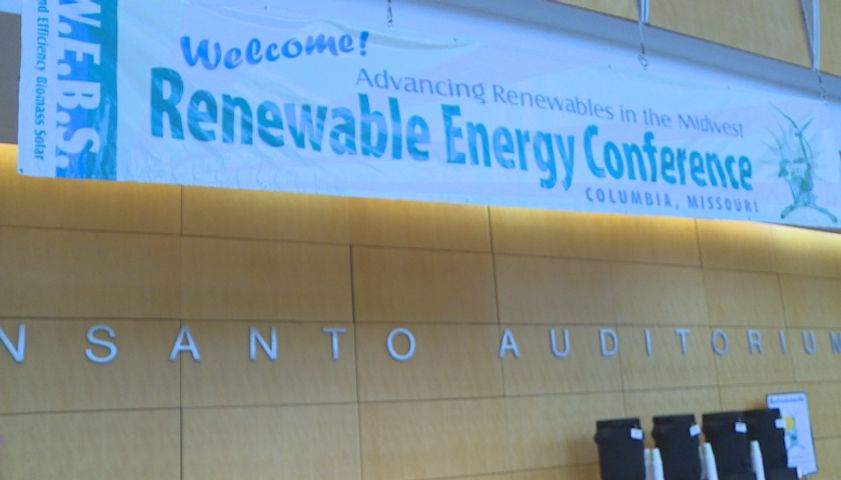 COLUMBIA- Individuals from across the country met Monday at the Advancing Renewables in the Midwest Conference at MU's Bond Life Sciences Center.

14 people spoke at the conference about renewable energy programs, policies and projects.

Columbia Water and Light spokesperson Connie Kacprowicz said the conference aims to educate the public on, "how people are actually innovating renewable energy as well as energy efficiency."

Kacprowicz said as of Monday, Columbia Water and Light was working on a community solar program to implement in Columbia. The city had plans to designate spaces for solar panels that provide renewable energy to Columbia residents.

Kacprowicz said, "people would buy a solar panel and whatever energy that is produced will become a source of power for their household."

The city council discussed the 2015 energy report in March.

Kacprowicz said the program would still have to be approved by the Columbia City Council but Columbia Water and Light hoped to have solar panels instituted by late 2015 or early 2016.

[Editor's note: This story has been updated to change grammar and formatting.]