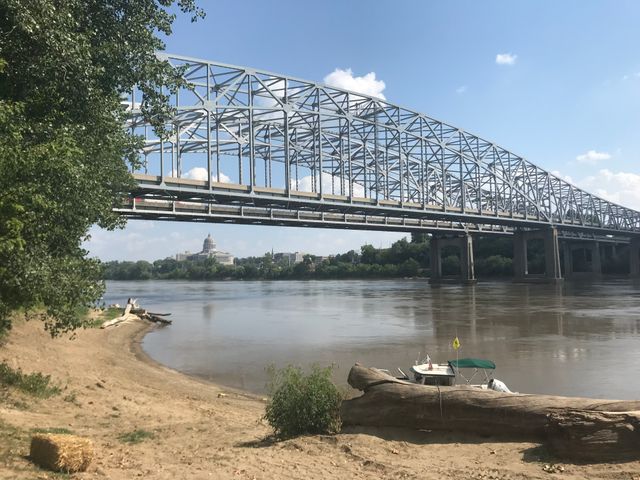 This is the first step in building a port along the Missouri River that would bring economic growth to all of Missouri.

Randy Allen, the president of the Jefferson City Chamber of Commerce, said they hired the consultancy firm Cambridge Systematics to calculate all of the financials.

“They did some preliminary planning and then they looked at the cost of that, the physical infrastructure that would be required and that’s how we came up with the $60 million. Again, a very rough number at this point,” Allen said.

Allen added that Cambridge Systematics also performed a benefit-cost analysis and the numbers came out favorable.

“Then they looked at the benefit-cost analysis which is what would the benefits be to the business community, obviously taking trucks off the highway, those kinds of things. Those numbers over 25 years added up to about a four to one ratio, which means four dollars of benefit for every one dollar of cost,” Allen said.

Cambridge Systematics also found that it could have an impact on employment in the area.

“They looked at the economic impact on the area in jobs and wages and those kinds of things and found that it would be about, I believe, 5,000 new jobs over that 25-year period,” Allen said.

Carrie Tergin, the Jefferson City mayor, said the port would be heavily utilized.

“We have this river, we’re central here in the United States. We have a lot of options as was shown in our port study that was done that we can really utilize a port here in Central Missouri,” Tergin said.

The port would also cut back on highway use for freight transportation.

“It also alleviates some of our infrastructure needs on the highways. Anything that can be done to alleviate that traffic and congestion and having through a port is a much better option,” Tergin said.

Allen said there is currently no timeline for the port to be completed and that they will do it in phases.

“We need to get some design work done, some planning work, some environmental work done before we can proceed to the next step, and a lot of it obviously has to do with money,” Allen said.

The next step for the Heartland Port Authority will come in December.

“We have submitted an application for a federal grant to do some preliminary planning and we expect to hear from that in December of this year,” Allen said.