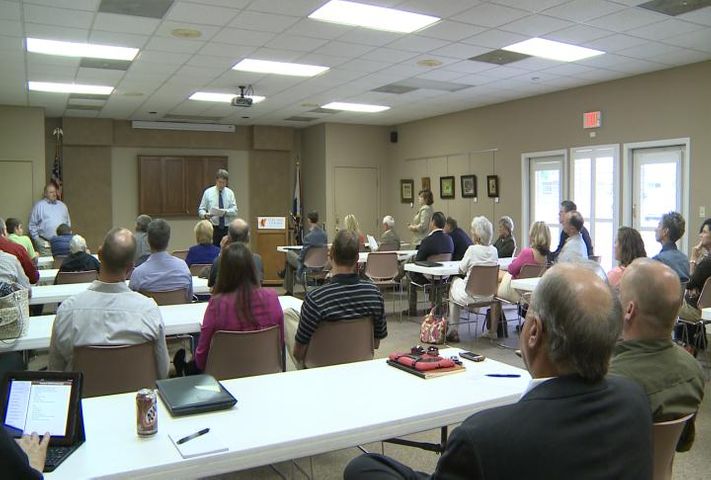 COLUMBIA - The Columbia Chamber of Commerce met at Columbia Board of Realtors Monday evening to discuss a potential state sales tax increase voters will see on the August ballot.

Missourians could see a three quarter cent increase that would generate about $530 million per year for Missouri transportation. Ninety percent of the sales tax increase would be put toward MoDOT funding to create new Missouri infrastructure projects.

MoDOT District Engineer David Silverster and he said MoDOT has been in constant talk with Missourians about the potential projects since 2008.

"The thing that we've heard most from Missourians is that we have a significant transportation system already," Silverster said. "We have thirty thousand miles of roads, ten thousand plus bridges, and Missourians have told us to keep maintaining what you have now."

Senator Mike Kehoe was also at the meeting and said the potential sales tax increase would help generate jobs.

"I think this proposal is about jobs. This would create over 100 thousand jobs in the ten year period. I think that's vitally important to our state and to move forward."

MoDot will post a list of the potential projects on its website this Friday, June 13 at noon. It encourages the public to provide feedback on the proposed project through June 20.

The state transportation commission will then vote on the final list of projects on June 26.