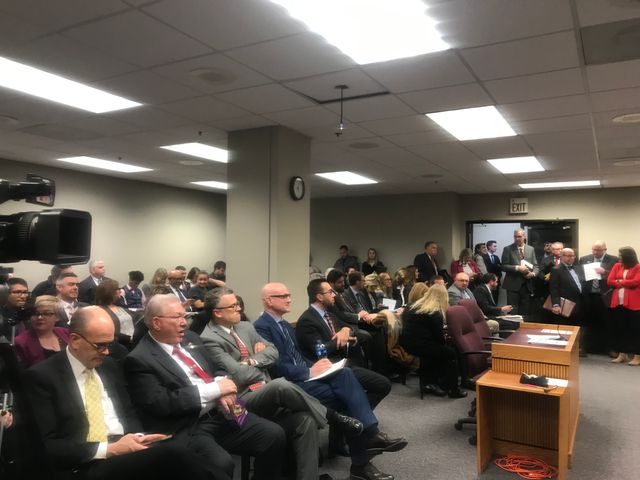 House Bill 573 would allow students involved in Title IX complaints to be provided a hearing before the State of Missouri Administrative Hearing Commission, which is describe as a "neutral and independent hearing officer for the state" in the bill. The bill was proposed by Rep. Dean Dohrman, R-La Monte.

The bill would allow the accused to be provided with the idenitities of all parties, including witnesses, as well as the opportunity to cross-examine. Attorneys would now be allowed to talk in Title IX hearings, which MU does not allow.

"We didn't want there to be a power dynamic because someone could afford a better attorney so you could have the option of having an attorney," said Andy Hayes, MU's Assistant Vice Chancellor for Civil Rights and Title IX.

"At least that process lends itself to more comfort in making in what we sometimes perceive as false accusations," said Slusher. "There is more chance of that when the process is comfortable."

Sexual assualt survivor, Kelli Wilson, says that she feels like her Title IX case didn't give her the justice she deserved.

"I healed from the outcomes of my Title IX although I didn't get the justice I wanted," Wilson said.