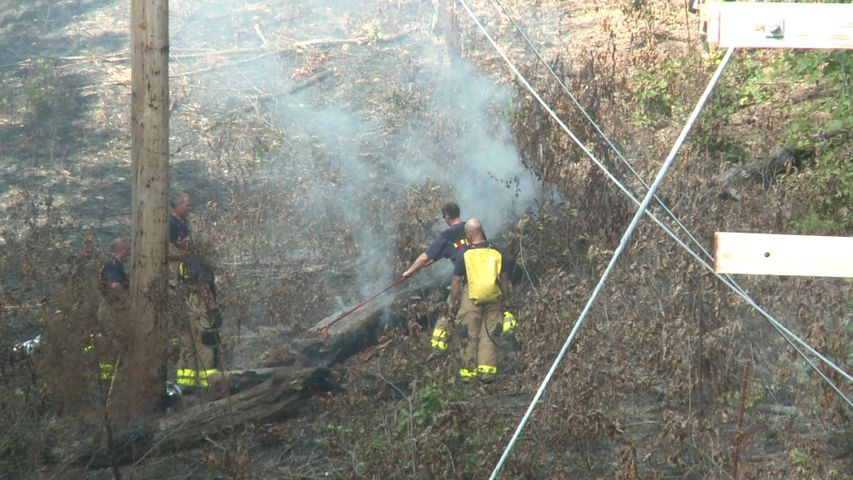 COLUMBIA - The Columbia Fire Department as well as Columbia Water and Light arrived on the scene of what appeared to be a small grass fire near power lines behind Walmart on Grindstone Parkway Sunday afternoon.

Crew members were unable to speak directly to KOMU 8 due to the immediate work needed to restore power, but it is estimated that anywhere from 500 to 1,500 residents were affected by the outage.  Traffic lights were also affected by the outage along Grindstone Parkway and parts of Rock Quarry Road.

A small crowd of spectators gathered near the site of the fire. Onlookers said they heard a loud, booming noise before the power went out. Most said they were curious when they saw fire trucks arriving near the scene, so they stepped out to watch as crews worked.