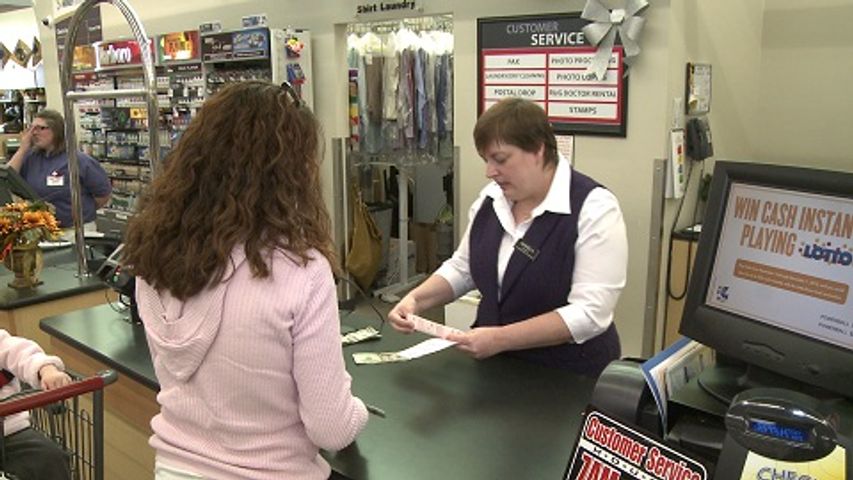 The jackpot was at $500 million on Tuesday, but continued to rise Wednesday.

The local scene was busy and bustling with crowds as people sought the golden tickets at grocery stores and gas stations.  Hyvee on Nifong in Columbia had people coming in all week, but even more came in beginning Wednesday morning.  On Tuesday, Hyvee sold 170 tickets. By 1 p.m. Wednesday, the store had already sold 118 tickets.  Customer service said there was a huge rush during the lunch hour, as it served 30 customers in a 30-minute period.

Customer Service Manager Angela Egloff said the average amount spent on tickets Wednesday was about ten dollars for the two-dollar tickets, but she saw quite a bit of 50 and 100 dollar bills making their way over the counter.

"Everybody's buying tickets, people who have never bought tickets before are buying them. And it's not just one or two here and there, I've had people spend 50 and 100 dollar bills," Egloff said.

She asked people what they would spend the money on if they won.  Answers varied from paying bills to buying cars to starting charity organizations.

Hyvee expects sales to top $1200 by the end of Wednesday.

Other stores around Columbia also experienced a peak in Powerball sales.  Petro Mart on West Ash Street said people were shopping for the tickets all day.  Shell on Providence Road said people started coming in around 10:00 Wednesday morning, and by 2 p.m., sales were over $600.  The same trend was also at FastLane on Paris Road.  The store said it usually gets about $250 in just lottery tickets.  By 2 p.m. Wednesday, however, Powerball ticket sales had already tripled that number.

The Missouri Lottery said sales will end at 8:59 Wednesday night.  It advises to sign the back of any tickets, check the numbers and play within your means.