Prayer vigil aims to promote unity and justice within Columbia 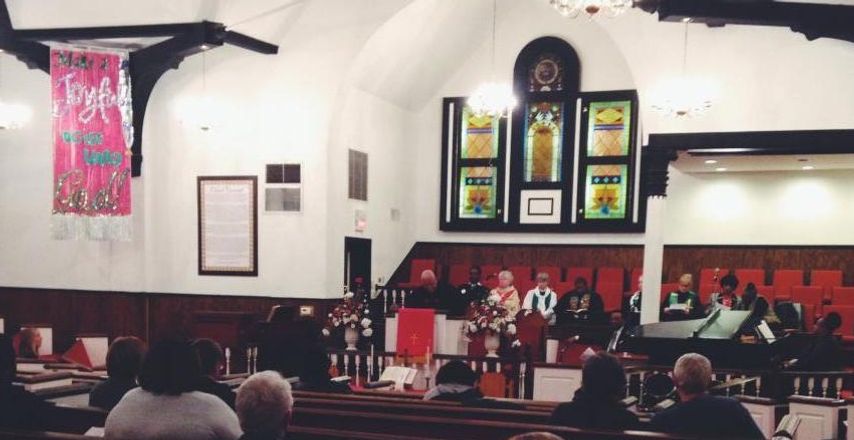 COLUMBIA - The African American Clergy Coalition hosted a prayer vigil Saturday evening at the Second Baptist Church in Columbia in anticipation of a grand jury decision in the Michael Brown case. The grand jury will decide whether or not to indict police officer Darren Wilson in the case.

The African American Clergy Coalition of Missouri was founded in September. It currently spans from Marshall to Jefferson City and is continuing to spread.

Clanton C.W. Dawson Jr., president of the African American Clergy Coalition of Mid-Missouri, said that the purpose of the newly formed coalition is to call together cities, churches and groups to pray for justice and unity within communities. The coalition looks to give voices to those insitutions and individuals in situations where they are denied personal dignity. Dawson said he looks to take what could be a chaotic situation and turn into something good. "People are anticipating violent, black rage and white blacklash and we want to stand in the gap with prayer and reconcilliation, so we can start mending what already has been strained in relationships," Dawson said.

Dawson said he wanted to encorporate speakers of all backgrounds to encourage diversity and equality within the sermon. Some speakers included Mary Ratliff, Columbia President of the NAACP, the Downtown Churches Association as well as local members from the community.

"We are not a post racial society. Ferguson is everywhere," said Dawson who believes that there are changes to be made within the city of Columbia. Dawson said that he believes that there is a difference in police presence within the different sub-communities of Columbia. He said that where he lives may be seen as a place where shootings and violence take place but he calls it home. "When they come through my neighborhood they don't smile, grin or wave at me. Immediately, I am percieved as a potential threat. I have watched young African American males and females on the verge of being shot in this town," said Dawson.

Dawson said he wants to be able to sit down with local law enforcement, have a cup of coffee and stop looking at each other as the enemy in the future.