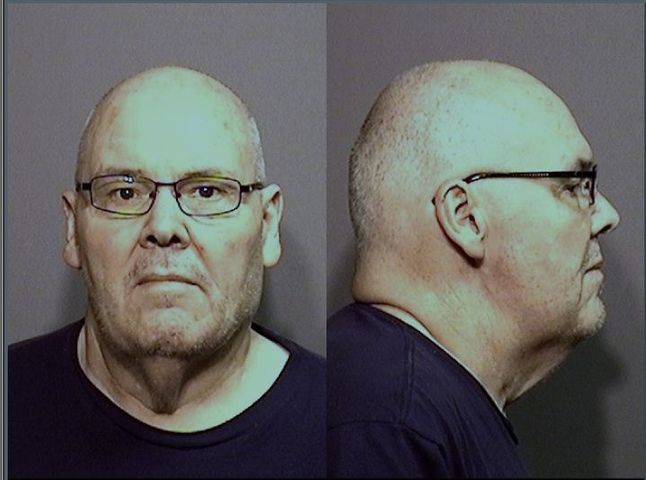 COLUMBIA - The Ashland man accused of second degree statutory rape and sodomy, as well as sexual misconduct involving a child, requested to reschedule his preliminary hearing during a court appearance Monday afternoon.

Donald Fisher was initially set to undergo a preliminary hearing at 2:30 Monday afternoon. Guards brought Fisher into the courtroom around 3:00. He spoke briefly with his public defender, Natalie Turner Hull, before Judge Deborah Daniels called Fisher and his attorney to the bench.

Hull then requested to reschedule Fisher's preliminary hearing. The judge granted the request and reset the hearing to August 6 at 1:30 p.m.

According to the probable cause report, Fisher had sexual intercourse with a 14-year-old girl in the presence of another 14-year-old girl. The report said the acts happened between June 2012 and May 2013. Police believe the last instance happened at the Super 8 motel, located at 5700 Freedom Drive in Columbia. At the time KOMU 8 News spoke with the motel manager, she said surveillance videos had not yet been collected as evidence, and would not provide any further comments. Both victims said the rapes occurred throughout various hotels in Columbia.

The Columbia Police Department issued an arrest warrant for Fisher on June 25. Later that day, Fisher turned himself in to the Boone County Sheriff's Department, where he was then charged with second degree statuatory rape and sodomy.

Fisher's bond was set at $100,000, with the conditions that he has no contact with the victims or anyone under the age of 17. He was formally arraigned on June 26. The state appointed a public defender to his case and ordered a bond investigation. The bond investigation was received on July 3, with no changes ordered. A Boone County clerk told KOMU 8 News that the findings of the investigation were confidential.

The probable cause report additionally said Fisher has a history of performing sex acts with minor children and impregnated a 16-year-old when he was 44.

Fisher is being held in the Boone County Jail.