Preparing snow plows is a vital task before winter weather 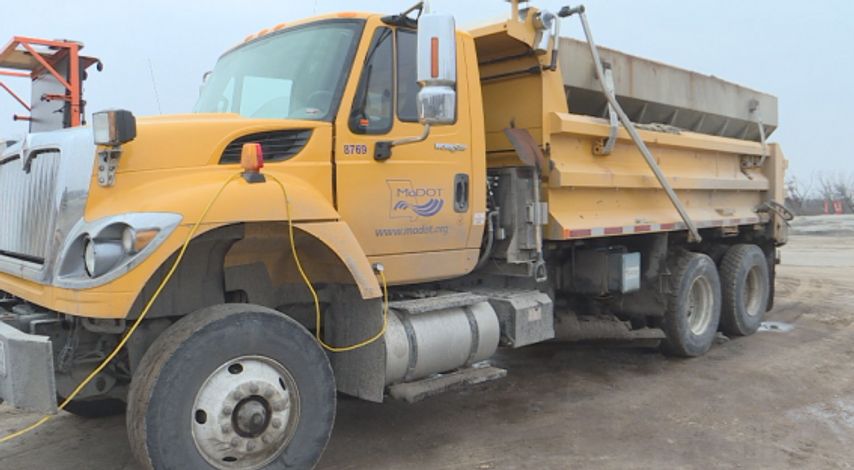 JEFFERSON CITY — Snow plow crews throughout mid-Missouri are getting ready for the next round of winter weather.

Anywhere from 2 to 5 inches of snow are expected from late Saturday to Sunday.

Jason Shafer, a machine engineer for the Missouri Department of Transportation, said the coming weather conditions create some problems for road crews.

"It's going to be very cold. Our salt loses a lot of effect if it's below 20 degrees," he said. "We are looking at the possibility that we're not going to be able to do much with the condition of our roads for an extended period of time because it's simply going to be too cold to do anything."

Shafer said MoDOT has 225 snow plows for 18 counties, and the trucks are looked examined before they start their snow routes.

"We have all of them on schedule for oil changes and grease drops," Shafer said. "Another thing we need to keep in mind with these trucks are the chains can have wear and the gear boxes can have wear, too."

He said there are a lot of elements on the trucks that need to be maintain during winter weather, but damage is common when the plows are on the road.

Shafer said if five snow plows became inactive, it could cause a minor setback to getting the roads cleared quickly.

"We do have to adjust. You feel it in the area that it's happening at, but generally it's widespread enough that you don't have it all localized in one area," he said.

Barry Dalton, spokesman for the Columbia Public Works Department, said fleet mechanics are a vital part of the operation.

"We've got mechanics in-house that take care of a range of issues from minor maintenance issues to windshield wipers breaking, tail lights out and a tire needing to be changed," he said.

Dalton said, like MoDOT, the public works department has been preparing everyday — even before winter weather begins.

"Weather in Missouri is unpredictable. We monitor all of the forecast closely. This winter we have been getting winter precipitation of some kind on a regular basis, every three or four days, so there is really no time to not be prepared," he said.

Columbia has already pretreated the roads and will have a full crew plowing Saturday and Sunday, Dalton said.