Prescription drug monitoring program for Boone County in the works 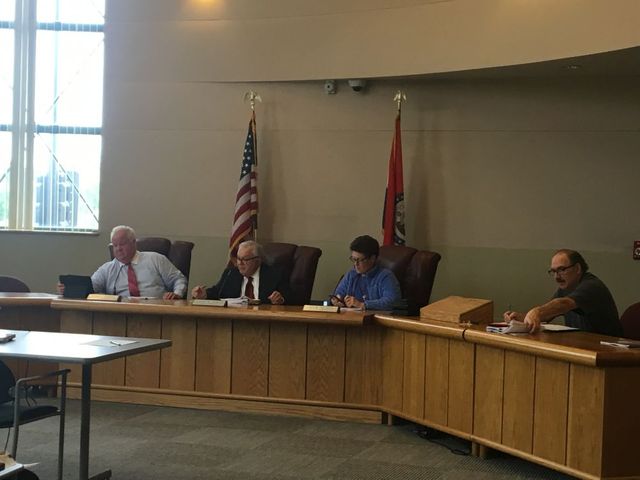 COLUMBIA - The Boone County Commission passed the second reading of an update to the code of health regulations Thursday, which would create a prescription drug monitoring program for the county.

In the second reading the commission approved a user agreement between St. Louis County and Boone County before the program will go live.

"So now what we’re doing is we’re expanding it to include all of Boone County, and it will include three more pharmacies that aren’t included within the city limits of Columbia," Thompson said.

According to Thompson, those against the Boone Country drug monitoring program believe it restricts one's personal privacy rights.

"We’re giving up a little bit of privacy, but it’s a very limited loss of privacy because for anybody other than the physicians to be able to access that information, you’re going to need a court order," she said.

Thompson said the city of Columbia's drug monitoring program will take on the majority of the cost through the health department.

"This is a prescription drug-monitoring program that has been utilized in other states, and it’s a very reasonable cost. So you won’t see any increase in your sales tax or property tax or anything like, this is just part of what the city county health department will be providing."

According to Stephanie Browning, the director of public health and human services, the City of Columbia's drug monitoring database goes live on April 25.

"We already have people registered in the system and pharmacies are starting to put in their data, so health care providers will be able to go in and register and be able to start using the system next week," Browning said.

Missouri is the last state in the country without a prescription drug monitoring program.

Richard Lillard, clinical psychologist at the Community Health Center of Central Missouri, said the opiates are at high risk for abuse, especially with no tracking mechanism in place.

"So any oxycodone, oxytocin, vicodine, those kind of pills that people are getting a lot easier now were typically only used for more cancer-type pain because of the addictive potentials," he said.

"You bill through your insurance one day, you bill through another insurance another day, and you pay out of pocket on the first day and nobody is the wiser unless you have a prescription drug monitoring program to really promote that transparency across utilization," she said.

Chisholm said she hopes the implementation of city and county drug monitoring programs will eventually grow to include the entire state.

"We know we need a statewide program that requires participation for all pharmacies. Again, drug abuses are misusers are smart; they are going to go to where they’re not being monitored, we’ve seen that already as folks come to Missouri, but you’ve got to start somewhere."

The first reading of the chapter ten update to the code of health regulations occurred on April 18.