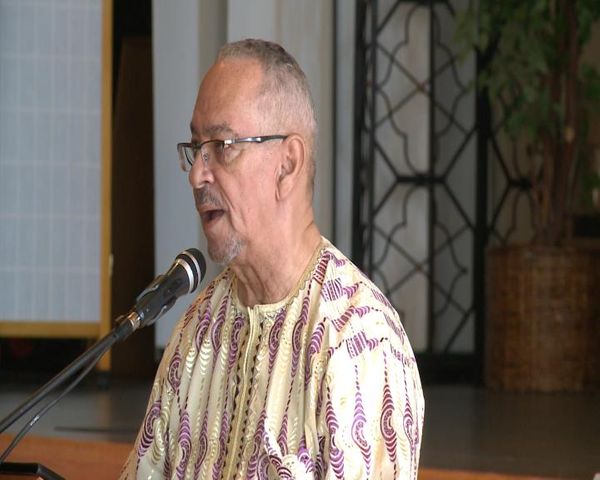 COLUMBIA - President Obama's former pastor, Reverend Jeremiah Wright, came to Columbia, but not to talk about the president.

The African American Clergy Coalition of Mid-Missouri presented a conference to address social issues such as racial profiling and police brutality.

The coalition is made of religious leaders who talk about faith as socially active bodies in the community. The group includes leaders from Jefferson City, Columbia, Boonville and surrounding areas.

The two-day conference is intended to educate on issues that organizers say hinder the black community. Planning for the conference began a year ago.

"What really pushed us is Ferguson and the death of Michael Brown and what we realized is that incident can and does happen all over Missouri," said AACCMM President Rev. Dr. Clanton C. W. Dawson, Jr.

Dawson, Jr. said nearly 100 people have registered for the conference and it has welcomed people as far as Los Angeles and Washington D.C.

Dawson said the conference will bring a sense of awareness.

"We are all representatives of what i think is the African-American church as well as Anglo-congregations and people who said that the issues that affect African-Americans are issues in which 'I too can be a part of and helping to find a solution'," he said.

Wright is one of several speakers who will participate in the conference, which ends Friday at 9 p.m.