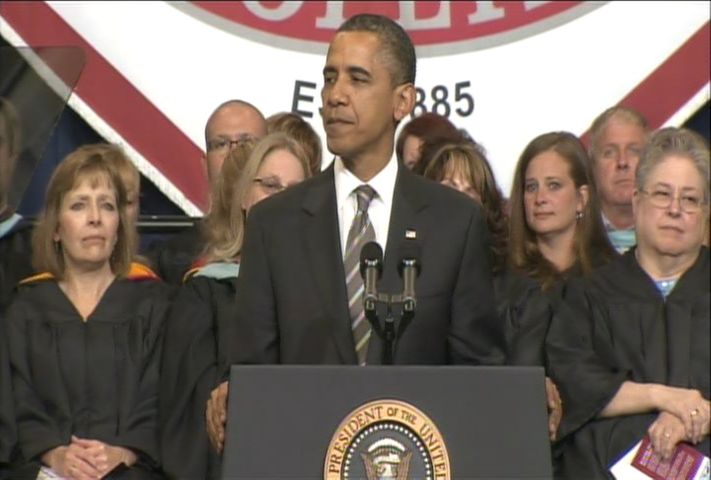 JOPLIN - President Obama acknowledged that a commencement speaker's job is to inspire, but told the student before him that it is the class of 2012 that inspires him. The president told the students they've learned at an age much too young that life can bring sorrow and take things from them. But he told them it's not what happened the day the tornado hit that defines the city, but what happened every day after it.

"You may leave Joplin," the president told them, "but it will never leave you. The people in this town are your family. We need god but we need each other. America only succeeds when we pitch in and pull together."

The president called attention to senior Quinton Anderson who lost both parents and was himself missing for three days with a fractured skull. The president compared Anderson's recovery to that of the whole city. Anderson blushed in embarrassment at the attention, seated right before the president.