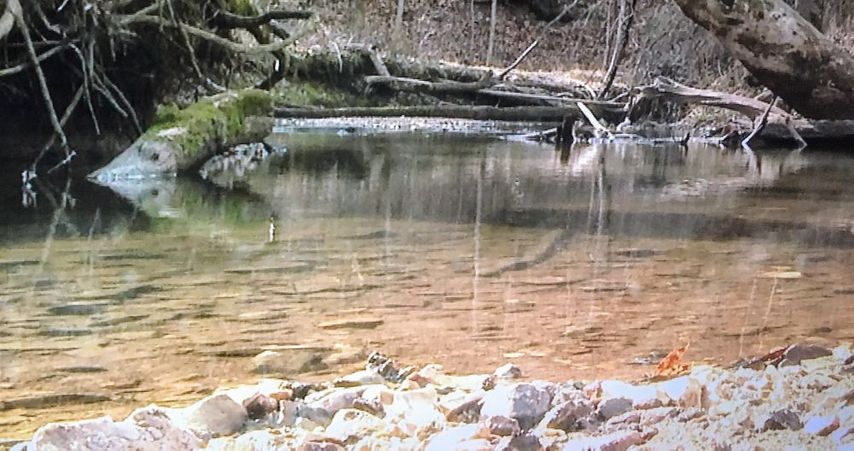 COLUMBIA – President Trump announced on Tuesday an executive order directing the U.S. Environmental Protection Agency to review the Waters of the United States rule, an extension of the Clean Water Act, paving the way for the elimination of the rule.
Established under the Obama administration, the rule intended to precisely define all natural bodies of waters that are under the federal government and raise the level of water quality.
The Clean Water Act of 1972 originally defined the waters needing protection as “navigable” or big enough to float a boat. In 2015, the Waters of the United States rule amended to expand to definition of tributaries that impact the health of downstream waters, waters within municipal separate storm sewer systems and more focus on streams and waters next to rivers and lakes.
Missouri Farm Bureau director of regulatory affairs Leslie Holloway said this caused unnecessary limitations on the freedom of Missouri farmers.
“The waters that would be covered would include really anything that at any time had any water in it or could have any water in it,” Holloway said “It was so broad that no one knew exactly what it could apply to. But theoretically it could apply to anything.”
U.S. Representative Vicky Hartzler echoes the Holloway, saying the executive order minimizes regularity uncertainty.
“This is the first step toward eliminating a rule that amounts to nothing more than a massive federal power grab that threatened 99% of Missouri land,” Hartzler said. “I applaud the President’s efforts to return control of local lands and waters to the farmers, ranchers, and authorities who know and care for them best.”
Holloway said that the amendment to the 1972 act expanded the government’s role beyond original intention and created a burden for every day farming activities.
“The rule amended the act in such a way that it broadened greatly the scope of the jurisdiction that the EPA would have over anything that would be considered a water way,” Holloway said. “Traditional farming practices might require a permit. It would certainly not only add cost to what a farmer might be doing on a daily basis, but also a time delay.”
Holloway said she felt this was especially unnecessary in Missouri, since the state had such a high level of water quality.
“In 2013, Missouri updated water quality standards so this was particularly unnecessary,” Holloway said. “We went through a very lengthy, thorough process of reviewing regulations. Certainly Missouri has demonstrated a very pro-active approach to protecting water quality.”
In the future, Holloway said she hopes this shows Missourians it’s a new time and that the state's water quality will remain intact.
“We’re moving in a new direction. Hopefully the EPA is going to be working with the states and farmers that are impacted, as opposed to constantly being at odds or battling,” Holloway said. “Water quality has to be protected regardless of this law. There is no threat to water quality as a result of this rule being either rescinded or revised.”
The 1972 Clean Water Act remains intact and will still protect navigable bodies of water, but defining what that exactly includes results in a long term process for the EPA.
Heather Navarro, Executive Director for Missouri Coalition for the Environment, an independent citizens' environmental organization for clean water, clean air, clean energy and healthy environment, said the implications of the order influence all Missourians in a negative way.
“Half of Missouri’s population gets their drinking water from surface streams,” Navarro said. “The drinking water implications are very important with this rule. Missouri is still not in full compliance with the clean water as it was amended 30 years ago. So we do not have water quality standards as it is, we’ll will steal be decades behind in implementing full water quality standards.”
Missouri has 180,000 miles’ worth of rivers, but everyone who drinks and uses water is dependent on high quality water in Missouri. Navarro said the rule only applied to those discharging pollution into water and streams, not those who don’t have permits, like local farmers.
“The rule doesn’t change anything about who’s in charge of water,” Navarro said. “This rule clarified how states were to interpret what Waters of the U.S. means. Now we’re back on square one. It was a compromise that no one was 100 percent happy with, what the rule but it was progress. All it does is put all of our water under threat and threatens public health.”
The EPA is still in charge of enforcing the clean water act, while the Department of Natural Resources is who actually issues the permits and writes the water quality standards.
Navarro said Missourian’s should care about what less water regulations could mean.
“It’s a huge source of jobs and tourism for us, so when that resources is under threat, it really threatens our health and economy,” Navarro said. “If we get rid of all these regulations people will be wearing gas masks and can’t swim on beaches.”
In a 2006 Supreme Court ruling, Justice Antonin Scalia limited the water protection to "only relatively permanent, standing or flowing bodies of water” and "the phrase does not include channels through which water flows intermittently or ephemerally.” This is a departure from the recent regulations and could be how far new protections stretch.