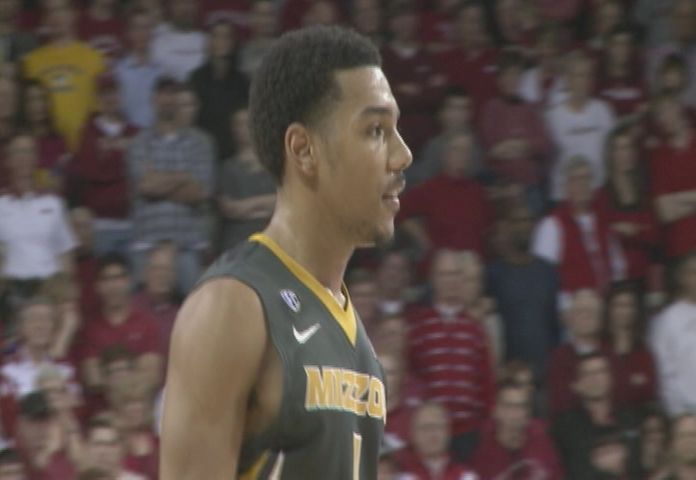 COLUMBIA- Mike Anderson recruited Phil Pressey at Missouri but he never gave an offer to BJ Young. Now Young's with Anderson at Arkansas. On Saturday's game, Young outplayed Pressey on his way to a win.

Pressey finished with just 2 assists - tying his season low. Arkansas defended Pressey in the paint. Pressey started with open space but as he starts to drive, the defense slides over. Three white jerseys are right there to force a turnover.

Arkansas also held Pressey to just 9 points on 2-9 shooting. Pressey could dump it off to Bowers or swing it out to Jabari Brown, instead he forces the shot.

BJ Young did the exact opposite. When Young was trapped inside, he kicked it out for the open three. Young finished 5 assists along with 18 points and 5 boards.

"I thought he stepped up and showcased the player he can be. And that he's capable of being," Mike Anderson said.

Laurence Bowers, the only other current Tiger to play for Mike Anderson, struggled too.

When Bowers had three defenders in the paint and two open players on the perimter, he decided to take the shot. He went 1 for 10 from the field - the worst shooting percentage since his Freshman year.

"I could see with Phil and Laurence that, I thought, you could see the emotions maybe kind of hit them a little bit," Anderson said.

Late in the game, Pressey turned the ball over twice while BJ Young came up clutch - scoring 7 points in the final 29 seconds.

"I mean that 30 seconds is just sitting back and watching my man do what he do best," Powell said.

"It was just one of the craziest I ever played in, if not the craziest game. I still can't believe what happened at the end," BJ Young said.