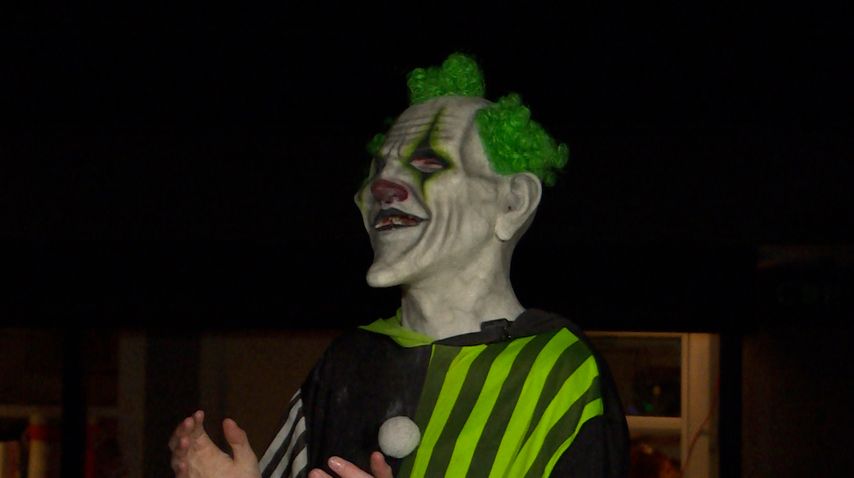 Bill Schnell, the owner of Fear Fest, said, “Its a fun way to kick off the warm weather.”

Although this is Fear Fest's first time hosting the event, Witch's Night is celebrated in many parts of the world.
The holiday is said to be the night of a witches’ meeting on the Brocken, a range of wooded hills in central Germany.
One worker, Austin Smith, said he has had a passion for Halloween since he was young.
"When I was little, my uncle had a haunted house and I always went there and just helped acting and acting was just so much fun so - and scaring people," he said.

He dressed Saturday in his favorite costume.

"I've been a clown now for two years and its been the awesomest thing ever. You get to say what you want you get to do what you want and its just so much fun," Smith said.

Schnell said the turnout was so good, he plans on holding the event every year.