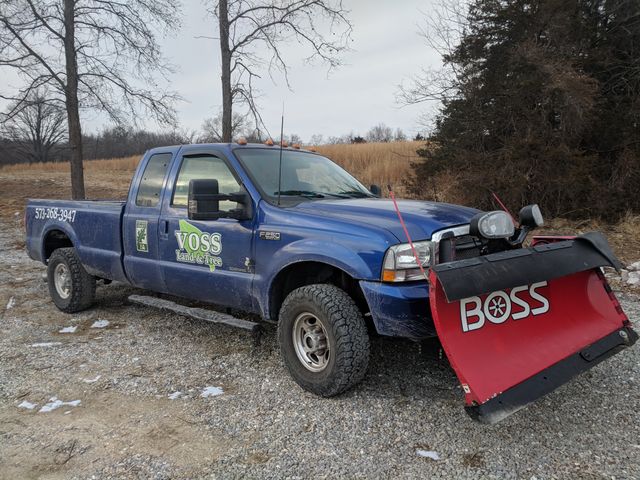 COLUMBIA - When snow falls, there's only so much the city can do to treat roads and clear them.

Companies like CoMo Construction and Landscaping, Show Me Mowing and Snow Removal and Voss Land and Tree get hired to clear commercial parking lots and residential neighborhoods.

"Being a private contractor, we're not allowed to put our blades down on any publicly maintained roads," said Steve Voss, Owner of Voss Land and Tree.

He said he and his workers serve about 30 clients. Most of them are private residential driveways in rural areas. David Larue, one of the general laborers for the company, said his crew almost got stuck recently.

"One house off of West Logwood is incredibly terrible," Larue said. "It has a circle driveway that goes down hill on both sides. Luckily, we got enough salt out that we could actually catch traction on our tires."

Larue said it takes roughly 5 to 10 minutes to clear out a driveway, while large parking lots take around 30 to 45 minutes.

CoMo Construction and Landscaping removes snow for commercial parking lots in Columbia, including post offices and restaurants. The company said it was recently asked to take more jobs from the Jefferson City area, but it's staying in Columbia for now.