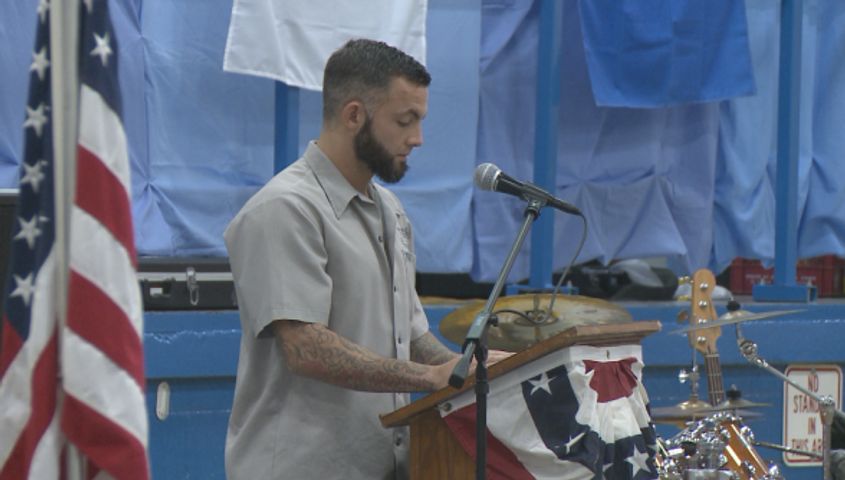 MOBERLY - Moberly Correctional Center is celebrating Veterans Day by showcasing its program for vets who are serving time.

The Missouri Veterans Project is designed to simulate life in the military: Inmates live together in a barracks-style dorm and work in platoons.

"You give veterans a mission and they accomplish it, even incarcerated veterans. I have found if you give them a purpose and desire, a will to do something, the get in there and do it," said Rusty Ratliff, case manager for Missouri Veterans Project.

The vets have the opportunity to attend group therapy. They participate in educational and recreational activities, such as the Veterans Day celebration.

"This is our time to have something for ourselves, as veterans. And it brings us together as brothers in arms," Army veteran Michael Moslander said.

The Missouri Veterans Program is the first of its kind in the state.

“We really didn’t know what it was going to look like,” Ratliff said. “There was no model to go off of."

Ratliff said the group at Moberly Correction Center started with 10 people and has grown to about 50 members. He said there may soon be a waiting list to join. Correctional centers in Algoa, Potosi, and Boonville will soon be doing the same thing.

Marine Corps veteran Jeffrey Turner said the group dynamic has allowed him to experience the best parts of serving his country while he is serving time.

“There’s a camaraderie, there’s a team-oriented sense of duty,” Turner said. “People come together to get things done.”

Turner said there is more trust within the dorm, compared to the rest of the prison population.

“Living there with the core values that we have, and living by the cardinal rules that are involved in living there, it allows you to grow and come together as a unit,” Turner said.

The program is looking for outside groups, like the U.S. Department of Veterans Affairs, to connect veterans with lodging and transportation resources when they begin their transition back to civilian life.