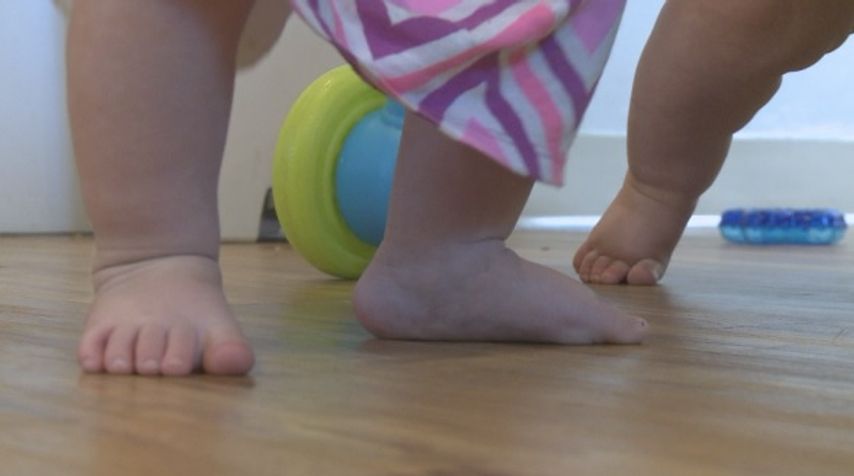 COLUMBIA - Six hospitals in Missouri recently launched a program that offers incentives for pregnant women who smoke to quit using tobacco. Women in the program will receive $25 vouchers to use toward diapers for every month they test smoke-free.

The Missouri Chapter of March of Dimes helped fund the "Baby & Me - Tobacco Free" program at participating hospitals.

Director of Program Services Trina Ragain at the Missouri Chapter of March of Dimes said if there are two smokers in the home, some participating hospitals will offer a $25 voucher for each person who tests smoke free. All participants' carbon-monoxide tests must come back at non-smoker levels.

Dr. Gil Wilshire, from Mid-Missouri Reproductive Medicine and Surgery, explained if mothers smoke, babies tend to be born more prematurely, which is very harmful to their lungs and other organ systems.

"Women who smoke are also at a higher risk for a miscarriage as well," Wilshire said.

The director of Tiger Tots Child Development Center, Sara Masters, did not use the incentive program, but she chose to quit smoking when she was trying to get pregnant.

"I did smoke occasionally before I had my son," Masters said. "Once I started trying with my husband, we actually chose not to smoke anymore, even occasionally, just because it was a better, healthier choice for our little one that we were planning on having."

But she did have one concern about the program.

"What about the other parents who do not smoke," Masters said. "We want to encourage them to continue, so what are they going to do for that?"

Ragain said she doesn't know of any programs that currently offers incentives to non-smoking parents with diapers. But Wilshire added anything that helps women quit smoking while pregnant is a positive thing.

"It's the same thing with weight loss. Anybody can lose weight for a couple of weeks," Wilshire said. "It's can you stick to it. Anything that's a habit is difficult to break, so anything that gives them a crutch or some kind of accountability and incentive -- then great."