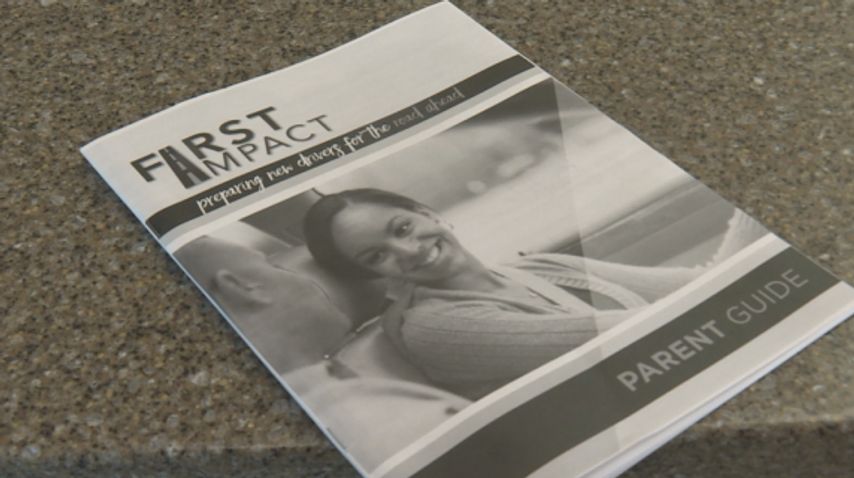 COLUMBIA - If you have a teen starting to drive soon, you have a chance to learn about how to overcome risks teen drivers face.

"We give them tips on how to monitor and enforce those rules with their new drivers," said Deana Tucker Dothage, director of First Impact.

The program is of MU's Think First Missouri, which has a program for teens in schools to talk about consequences about poor driving decisions. Dothage said so many teens were still losing their lives, so the Missouri Department of Transportation approached MU in hopes of educating parents about the GDL law.

"Research proves that 20 to 40 percent reduction in fatalities occur when this law is enforced. When polled, 80 percent of Missourians knew nothing about this law, so MoDot said we have to commit to educating parents," she said.

Missouri's GDL law was implemented in 2001. It requires three parts: the instruction permit, the intermediate license, and the under 21 full driver license. Each step has different requirements and restrictions, which First Impact hopes to educate parents about.

Sergeant Scott White, a public information and education officer for Missouri State Highway Patrol, has previously served as a GDL coach for First Impact. He said the program can help reduce the number of motor vehicle fatalities, crashes and injuries by increasing parental awareness for teens.

"The program highlights that teens ages 15 to 19 have the highest crash risk of any age group on the road, and the risk is the highest the first 30 to 90 days on the independent road," he said.

He said the GDL law is very specific and is not the process parents went through themselves, so they might not know much about it. Dothage said she thinks so many parents aren't aware of the laws because until you have a child that's driving, you don't have a need to think about it.

"We let them know with statistics and crash data how to reduce risks to teens," he said. "It's important to build up experience and build up confidence."

When parents come to Wednesday's session, they can get a driving log to help count the 40 mandatory hours needed during the permit stage. First Impact also recommends the parent drive with the teen in all weather conditions before he or she goes out on his or her own.

"On rainy days, dark, fog, gravel roads, in all kinds of conditions, because you truly do not want your new driver to encounter any of those things for the first time alone," she said. "As frightening as all that sounds, driving in snow and ice and rain at night, you want to be there so you can coach them the first time."

Dothage said she encourages teens to come with their parents to the program.

Dothage hopes parents are a good role model in addition to enforcing the law.