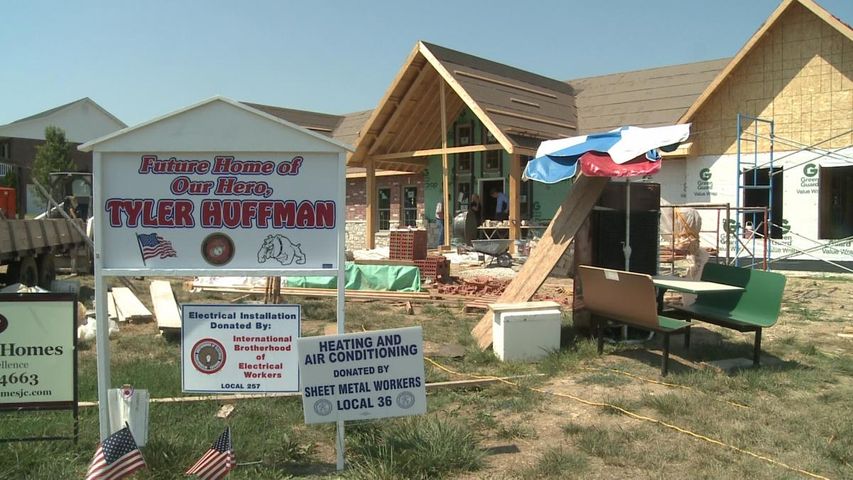 Tunnel to Towers Foundation representative Chris Kuban said since the groundbreaking in late May, construction crews have been hard at work. Crews have poured the foundation, put up walls, and laid the brick and rock on the exterior of the structure. This week, workers will start putting in electrical wires and inside plumbing.

So far the Tunnel to Towers Foundation has raised 54%, or approximately $221,000, of its $410,000 fund raising goal. Kuban said he's seen fundraising contributions at the community, state and national levels. The organization is still selling tickets to a benefit concert with a performance from Gary Sinise and his Lt. Dan Band on Friday July 27 at 7 p.m.

The house will include Smart Technology that will allow paralyzed veteran Tyler Huffman easier mobility around the home. Kuban says Huffman has been able to choose a lot of the amenities that will be included in the home. Kuban says the foundation hopes to finish the home in November so Huffman and his family can move in by Veterans Day.