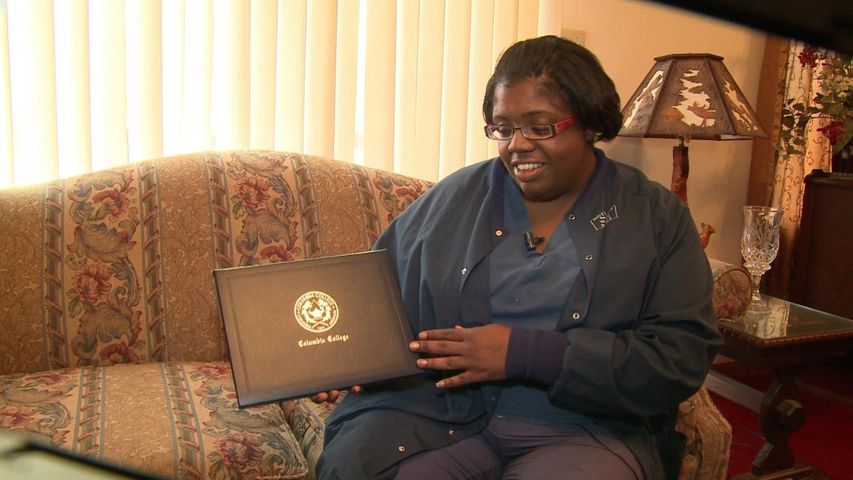 Sixty-four colleges in the country participated in the project. As one of four Missouri institutes in the project, Columbia College started working on it in October 2011. Although the project will last three years, each school will work two years to find people eligible for the project.

Tery Donelson, assistant vice president for enrollment management at Columbia College, said it gives Columbia residents "a feeling of accomplishment." Donelson said statistics from U.S. labor shows the unemployment rate for a student with a degree is lower than a student who doesn't have a degree.

Although Columbia College has a database with contact information for students, Donelson said finding people is still difficult, since many don't update their addresses after leaving school. "About 25 percent of letters we have sent out so far have come back as undeliverable because addresses have changed," Donelson said.

Donelson said the school sent out the first letter around Jan. 17. Within three weeks, he saw a response back from the student. Then, a degree came to the student's mailbox within five to 10 days.

Donelson said a lot of people who received the degree were surprised since they originally started their school for a bachelor degree and they didn't know they could get an associate degree. Due to financial and family reasons, many people dropped out of school without thinking about college anymore.

Allison Mitchell, a medical lab technician at Truman Memorial Veterans' Hospital, said when she got a notification from Columbia College saying she could get an associate degree, she thought it was a joke. Mitchell said she didn't know how many credits she had when she quit due to a family condition.

"Trying to be the mom, the wife, the teacher all that. It was stressful at the time," Mitchell said.

"It gives me a boost to jump back into my education and finish. It's like I came this far, why not to finish now?" Mitchell said.

At her home, Mitchell smiled when she happily showed her associate degree. She felt very proud of herself, saying this degree could change her life. This time, she plans to balance her school, work and family better. She said online courses and night school will help her.

Mitchell said she hopes to go back to school this summer or next fall.

Since January, Columbia College has awarded 67 associate degrees. Among them, 25 have come back to continue their education.

Columbia College received $15,000 in federal funds to help cover the costs. Besides Columbia College, a community college in St. Louis and two Kansas City-area schools also participated in the project.

The project helps two groups of people. Some people have earned enough credits to get an associate degree, and others need one to three classes to get one.

Both Mitchell and Donelson said they believe the project will give an opportunity to these groups of people in the future since education is the key to success.

Columbia College will end the project on October 2013.