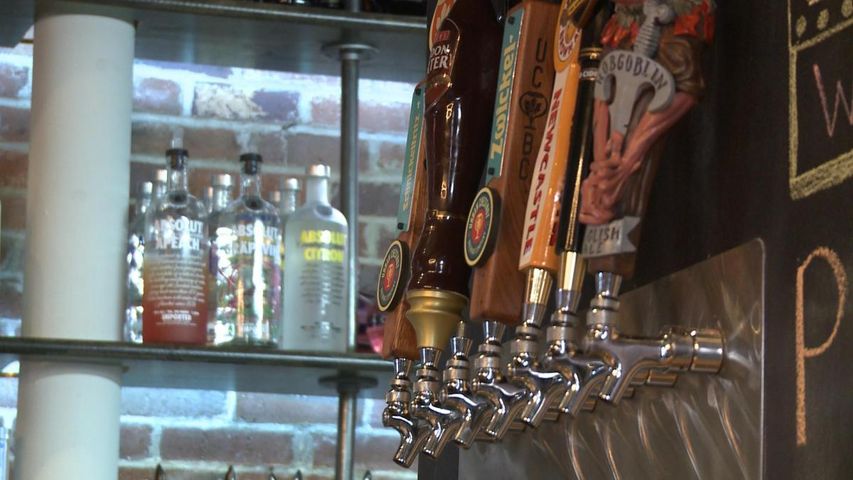 COLUMBIA - Columbia businesses are taking advantage of a popular on-line project-funding platform to bring their ideas to life.

Gunter Hans and Peggy Jean's Pies owners used Kickstarter to launch their businesses' campaigns. Kickstarter is an "all-or-nothing" funding system backed by individual donations made to each creative project. It is free to start a project with Kickstarter, but each project must be fully funded within a specified time to get any of the funding raised. Projects can last anywhere from one to 60 days.

Kickstarter suggests project creators make a video describing an idea, then set up rewards and work with a Kickstarter employee until the campaign is ready to go.

For example, Lydia Melton launched her Kickstarter campaign for Gunter Hans with a goal of raising $20 thousand in 30 days.

"If we didn't hit $20 thousand, all the money that people had pledged went back to them," Melton said.

Because Gunter Hans exists today, Melton was successful in reaching her goal and starting up her business. Kickstarter helps businesses thank their monetary backers by providing rewards specific to the project.

Melton said one of the rewards for Gunter Hans backers were German beer steins they can pick up when they visit the cafe.

However, successfully completing her Kickstarter campaign was not an easy task.

"Campaigning was like a full-time job," Melton said. "It took me like a week's worth of work just preparing the campaign alone. You can't just slap it up on-line and think that, 'Oh, it's going to be great and people will do it.'"

Rebecca Miller said she felt the same way when she decided to use Kickstarter to re-open a sweet Columbia landmark, Peggy Jean's Pies.

"If you get to day 30 and you only made it to 80 percent of your goal, then you don't get a single dollar," Miller said. "So we really were trying to schedule time versus dollars versus like what we were trying to do. In the end, we went with 30 days and $10 thousand."

Miller's mom was "Jean" of Peggy Jean's, who owned it from 1994 to 2004 with her friend, Peggy. After Peggy died, Miller said her mom could not keep up by herself.

However, after Miller teamed up with her mom, the two successfully finished their campaign raising $246 more than their original goal.

Miller said her favorite part was interacting with friends and backers during the campaign process.

"We started the blog with the feeling of this is going to be completely transparent about two people opening a business in 2013," Miller said. "The good, the bad, the yuck, the 'we don't have any money for,' we want this, and whatever happened. I think people really like that."

Peggy Jean's Pies will have a Thanksgiving pie service available, and Miller said she hopes to be up and running a bricks and mortar location by Christmas.

These are only two out of nearly 50 projects successfully funded by Kickstarter in Columbia. About 51 thousand projects around the world have been funded since Kickstarter opened in 2009.