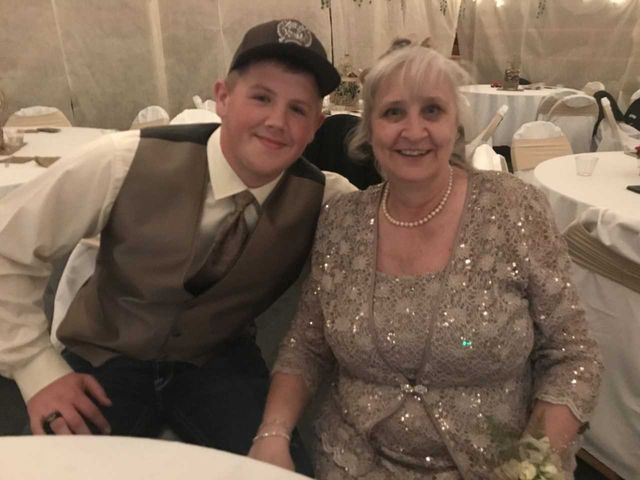 MORGAN COUNTY- Over the past 12 years the boys at Morgan County R-1 School have kept an ongoing joke alive. Each year one of them vows to take the lunch lady to prom, but until this year nobody followed through on the promise.

“The girls that Trey didn’t ask I’m sorry for because I’m the lucky one and I’m going to a senior prom,” the lunch lady, Debbie Eckhoff, said.

Eckhoff not only had a date to prom, she went with the prom king himself. But, there was some doubt from other students attending prom.

“There were some that were totally shocked that we did what we said what we were going to do and that he actually took the lunch lady to prom,” Eckhoff said. “A lot of them really didn’t think this was going to happen and it did. Some of them were amazed that Trey actually ended up taking me to prom.”

The last time Eckhoff attended a prom was in 1974.  She was a senior at Morgan County R-1 herself and danced the night away in the same exact gymnasium, just with a different date.

Eckhoff went to prom this time around with Trey Dixon, a senior at Morgan County. He said after an accident last year that caused him to be life-flighted to University Hospital he decided to break away from a traditional date.

“It made me think that you only live once and that life’s too short and it can be taken at any time, so you might as well have the best time of your life everyday, so I decided on Debbie,” Dixon said.

When he looks back on his senior prom Dixon said he will remember the environment he was in, surrounded by his peers.

“It brings happiness to everyone,” Dixon said. “Anymore you just don’t see that very much and to have everybody smiling and laughing together. I like it,” Dixon said.

He added there isn’t a single thing he would change about the whole experience.

“I’ll never regret taking her to my senior prom. I wouldn’t take anyone else. It’s been a blast.”

Eckhoff said there might be one thing he would change.

“When he looks back on the pictures he might kind of wonder what he was thinking at the moment, but I think he’ll remember the lunch lady for a long, long time,” she said.