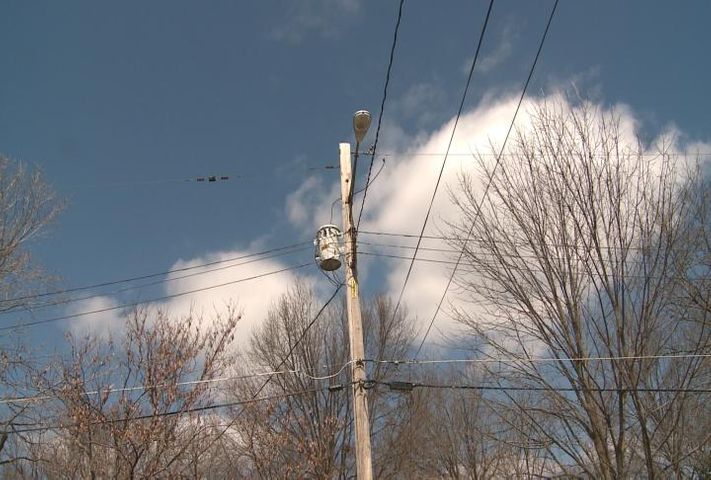 COLUMBIA - With just a couple of days left until the April election, some Columbia residents raised concerns about the proposed electric bond.

Voters will decided April 7 if Columbia Water and Light should issue $63.1 million in bonds to fund city utility projects. Proposition 1 would increase utility bills 6 percent over five years. Without the bonds, the city would need to suddenly raise rates three or four times higher, between 20 percent to 25 percent with some reductions possible in five years.

Proposition 2 wants to increase stormwater utility fees by about 45 cents per month, on average, over five years to pay for improvements to the system, which is aging in many parts of the city.

If passed, the bonds will allow the city to replace and upgrade the existing infrastructure, modernize and expand the Waterworks and Electric Systems, including more residential and commercial expansion, adding new electric connections and street lights.

Tom O'Connor, who is a member of the Columbia Water and Light Advisory Board, said he thinks the bond proposal will pass, but he is concerned more grid lines are an outdated investment in Columbia's energy future.

"There are kind of two sides to the equation, two ways to handle your energy needs: one is to bring it from afar, like transmission lines, big power lines and the other is to produce it locally," said O'Connor, who is also owner H2O'C  environmental engineering, specializing in sustainable water and energy solutions. "I kind of feel like we haven't looked at all the options to produce it locally and more of the smart grid, grid of the future options and I am slightly disheartened that we've gone straight to the transmission line options."

Columbia Water and Light said the capital improvement program is need to comply with federal and state mandates, replace the existing system and respond to expected usage growth.

According to a document obtained by Tom O'Conner from Jim Windsor of Water and Light, energy consumption numbers have been rather flat for the last two decades. In 2000, Columbia consumed around a million megawatt-hours (MWh). By 2014, city-wide consumption raised to slightly above 1,196,000 megawatt-hours. In the meantime, Columbia has seen more renewable energy consumption for the past seven years. From around 3,700 MWhs consumed in 2007, renewable energy use grew 230 percent to more than 86,000 MWhs.

Columbia Water and Light assistant director Ryan Williams said the number of customer-owner solar system installations in Columbia has grown during the same time period. From just two solar systems installed in 2007, the number rose to 18 systems in 2014.

While this is big step forward toward renewable energy, Steve Scott, who has 34 solar panels on his home, said it's not enough to sustain the energy use in the city.

"I don't see the grid going away anytime soon," said Scott."As a practical matter people who have solar power still need the grid for times of day when they are not generating electricity."

Scott said he does not think the electric bond will have an impact on solar.

"I think solar energy right now in Columbia is a matter of individual decisions that people make based on their own circumstances, based on their ability to pay for it themselves, their interest in the subject, their location."

Ryan Williams of Water and Light said while there are no solar projects identified with Proposition 1, the electric bond would not hamper the development of solar. The department offers a one-time $500 per kilowatt rebate for qualifying solar energy systems.