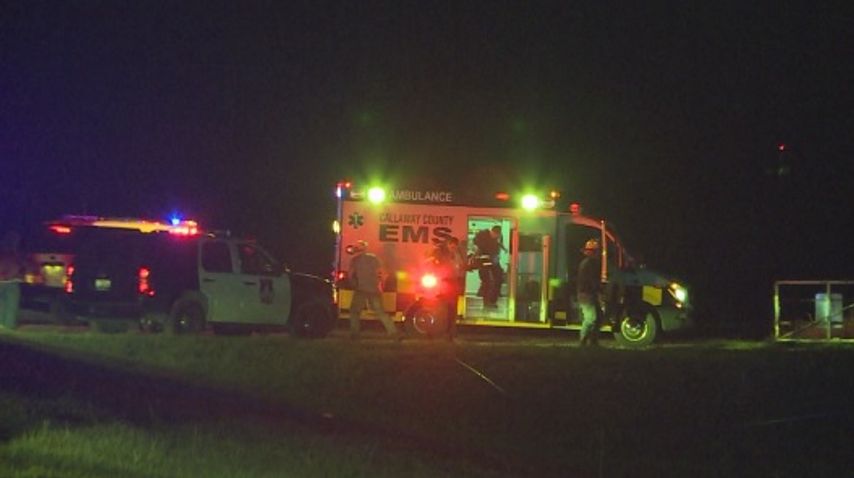 CALLAWAY COUNTY - The landlord at the Callaway County property where a deputy shot a man Saturday night said the shooting was a violent end to what started as a community event.

The Callaway County Sheriff's office said a deputy shot a man Saturday after he approached authorities "in a threatening manner."

Landlord Gary Sines said, "I mean there was little kids and families, I mean it was like a family, chili cook-off is what it was."

Sines said a bike club rents the garage where the shooting occurred. He said the man a deputy shot was a relative of one of the bike club's members.

"He was kind of hanging off to the side there and he seemed to be acting a little bit weird or something. All of the sudden, he just kinda shot off on somebody, yelling at him. He just went crazy about this guy and pulled out a gun," Sines said.

Sines said people at the cook off got people out of the building, leaving the armed man alone inside and called police.

"And then they said when the police came, he went out, he walked out of the building with a gun to his head," Sines said.

Sines said the group has been renting the garage for about six months. He said he'd had no problems with them before.

"It was just a normal bunch of people, this isn't like a 'biker gang'," Sines said. "They're good guys."

Sines said there were about 40 or 50 people at the garage Saturday night. He said the man who police shot had probably been invited to the event.

"He was a relative of one of them, he was one of 'em's cousin or something, but he said... he'd always been a normal guy before, and he said...I mean, their words, he just went nuts," Sines said. "It's a pretty strange occurrence. I don't think there's any reason to think it'd ever happen again. From what I know about these guys, it's just not that kind of organization."

The investigation into the shooting was still ongoing Sunday. Authorities said the man who was shot was in stable condition. They did not identify him or the deputy who shot him, but said the deputy had been put on administrative leave.