Proposed amendment would stop sales tax on services in Missouri 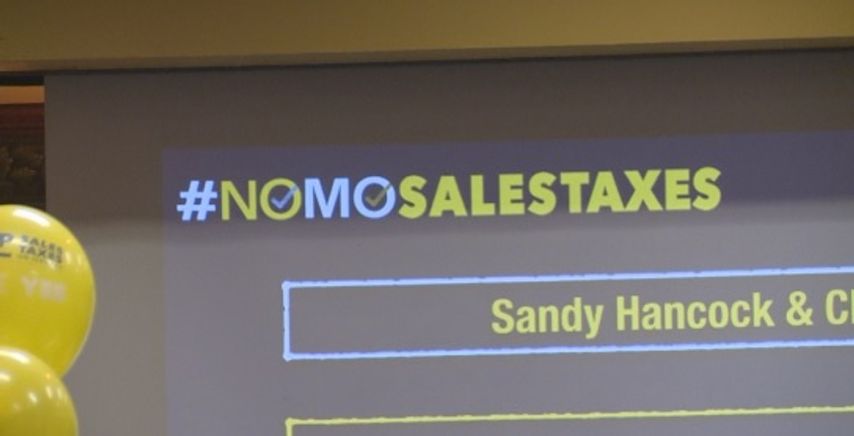 JEFFERSON CITY - A grassroots organization held a kickoff event to stop a proposed sales tax on services in the state of Missouri. The Missourians for Fair Taxation came together is a coalition led by 20,000 members of the Missouri Association of Realtors.

Scott Charton the spokesperson for the Missourian for Fair Taxation said the organization is being pro-active in opposing sales taxes on services. The Missouri Realtor Party is responsible for putting out a proposed constitutional amendment that will stop the expansion of the sales tax onto services. The amendment, for right now, is called the "STOP Sales Taxes on Services amendment." It will be on the Nov. 2016 ballot.

"Right now services like getting haircuts and manicures and even going to seek help from a CPA or an attorney, is not taxed in the state of Missouri," Charton said. "We are trying to keep it that way. This is a preemptive strike."

The proposal to expand taxes onto services was introduced in the past but failed to pass.

The sales tax bases plans on expanding by including services which has been proposed by lawmakers and special interests.

According to a press release by the Missourians for Fair Taxation the sales taxes prove to be "regressive and are hitting those who are least able to pay including senior citizens, low and middle income families and the disabled."

The sales tax on services means that the Missourians would see their regular outgoings increase significantly. They would have to pay significantly more for the services such as haircuts, manicures, rent, health care, accountants, landscapers, mechanics and tattoo artists.

Frances Vadner is the co-owner of Riversong Spa and Salon in Jefferson City and said the expansion of the sales tax would directly impact her small business and her customers.

"We noticed several years ago when we had the bad economy that people started to not come in as often," Vadner said. "I just know if this passes, I am going to have to raise my prices. So, that's going to cut and hurt my business."

The organization also said it could lead to bigger issues for Missouri’s economy with the population living in 30 miles of states borders citizens will go else where to shop. The Missourians for Fair Taxation proposal have been gathering signatures to take to the legislature to instigate constitutional amendment.