Proposed bill is cracking down on service animal fraud 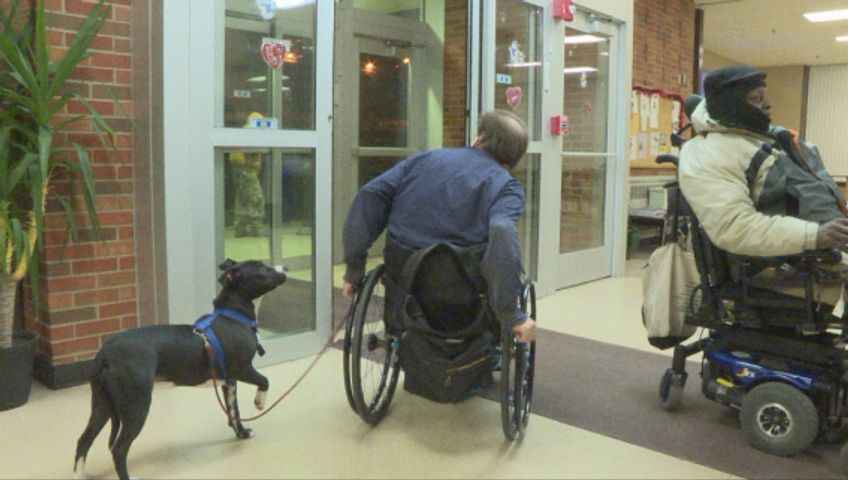 COLUMBIA - A bill being proposed in the Missouri Senate will make it a misdemeanor if someone misrepresents their animal as a service animal.

Senate Bill 107 says "any person knowingly misrepresenting a dog, as described in the act, for the purposes of of receiving accommodations regarding service dogs under the Americans with Disabilities Act shall be guilty of a Class C misdemeanor."

Senator Denny Hoskins R- 21 is proposing this bill and said the already existing Missouri Commission on Human Rights hotline will take care of any accusations of fraudulent service animals.

Hoskins said he wants to stop the people who go on the Internet to buy "service animal" harnesses and leashes and try to bring their animal into places that do not typically allow animals.

"People go on the Internet and buy these and put them on their dog and then none of us are experts on these service animals," Hoskins said.
Mike Cooley is a quadriplegic who needs his service dog, Zoe, for every day tasks.
The ADA does not require any specific certification or training for people who need a service animal.
"They don't recogize any certification whatsoever. There's no training certificate, there's no specialized course, no board that certifies dogs that would give certificates they recognize. They don't recogonze anything."
He said he is a little worried about the potential extra costs that could come into play if this bill becomes law.
"It's going to cause me to actually maybe have to get a certification that's going to cost more money or cost money for the training to get that certification or whatever," Cooley said. "But its going to put more roadblocks in the way to get a service dog. Especially if I want to train them myself."
Hoskins said this bill will hopefully help people who need service animals, so people without disabilities do not abuse the system.
However, Cooley said he is not really worried about a bill like this because he says anyone with a disability should not have to worry if they have proof of their disability.