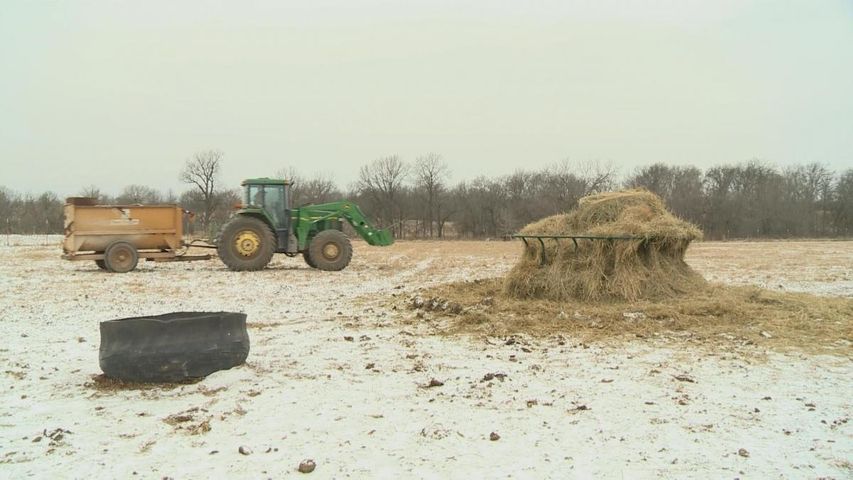 MONROE COUNTY - A proposed $2 billion energy project is electrifying conversation across rural mid-Missouri towns. Though the initiative could bring an assortment of infrastructure to the state, some mid-Missourians say that infrastructure is at the expense of landowners.

Clean Line Energy Partners is proposing to build a 750-mile long power line linking the rich windpower in Kansas to states further east via its "Grain Belt Express." A direct current transmission line would carry 3,500 megawatts of renewable energy from the plains near Dodge City, Kan. through Missouri before reaching Sullivan, Ind. The power would then be dispersed to 12 other states.

Mark Lawlor, director of development for Clean Line Energy Partners' Grain Belt Express project, said it's a cost-effective method of moving cheap, clean energy to states in need, "It's a really efficient way to move a large amount of power."

Clean Line is currently working to identify the best possible course for the Grain Belt Express from its network of mapped routes.

Several hundred miles of the transmission line could run directly through countless Missouri farms, including Long Farms in Monroe County.

"I actually think if Missourians understood what we now know after studying the issue, most Missourians wouldn't want it to go through not only their property, but even the state of Missouri," said Laura Long, co-owner of Long Farms.

For more than 17 years, the Long family has farmed its 160-acre plot of land. However, Clean Line Energy's latest project could change the farm's skyline.

One of the Grain Belt Express' potential routes would run through the southern edge of the Long's land, something Long said would hamper the family's ability to farm.

"It's difficult for our equipment to get into the field to do a good job planting. We try to use ground application as much as possible, but sometimes we're forced to use aerial application where planes comes in to try to rescue a crop from a disease or from insects and it would almost make it impossible for an aerial applicator to get into the field."

The towers used to carry the transmission line would measure 110 to 150-feet tall, with an additional 15 to 50-foot deep foundation rooted in the soil. The structures would speckle the mid-Missouri landscape at an estimate of three to six towers per mile.

For Long, it would not only change the landscape of her farm, but of her dreams as well.

"I'm a big believer that, if you're going to farm, you need to try to build the land and leave it a little bit better than how you found it. And I suppose my biggest concern personally is that if we sit back and allow these power lines to go through the southern edge of the farm, then we haven't really fulfilled that obligation."

If Clean Line Energy chooses and is approved to build on Long Farms, Long estimates the Grain Belt Express would require at least a 200-foot easement on her property. This easement would be at least four times larger than the one for the public utility line currently running through the farm.

Long is not the only landowner voicing opposition, though. Hundreds of Missouri landowners have banded together to form "Block Grain Belt Express- Missouri." The group is dedicated to educating landowners about what it sees as the pitfalls of the project.

Despite this opposition, Lawlor said the project would benefit thousands of Missourians. Lawlor pointed out there are short-term and long-term benefits for both the state and mid-Missouri region.

Those temporary benefits include jobs created for construction. Lawlor said construction jobs would involve contractors and companies located in and around the project area.

Lawlor added there are also several long-term benefits, "For each mile of line in a county, you're going to have tens of thousands of dollars of tax revenue coming in. So, in many instances, each county will receive a significant six-figure type of income and that goes toward schools and hospitals and fire departments and all of the taxing districts in the area."

In addition, several Missouri companies would be contracted by Clean Line Energy. Hubbell Power Systems in Centralia, General Cable in Sedalia, ABB in Jefferson City and St. Louis as well as Noranda in New Madrid would all produce materials and/or labor for the Grain Belt Express.

Bill Tolley, president of Hubbell Power Systems, said its partnership with Clean Line Energy Partners is beneficial for mid-Missourians, "In our case, it's 65 local jobs in Centralia, which is a pretty big impact for a small town of 2,500 people."

The Grain Belt Express prides itself on delivering clean, low-cost energy. The state of Missouri would receive about 500 of the line's 3,500 megawatts of power, around a 14-percent share, which is enough to power approximately 196,000 homes based on average electricity consumption. The rest of the power would be dispersed to states further east.

Lawlor estimates the potential route should be selected by March. Following the route selection, Clean Line Energy Partners will present its Grain Belt Express project to the Missouri Public Service Commission for approval.