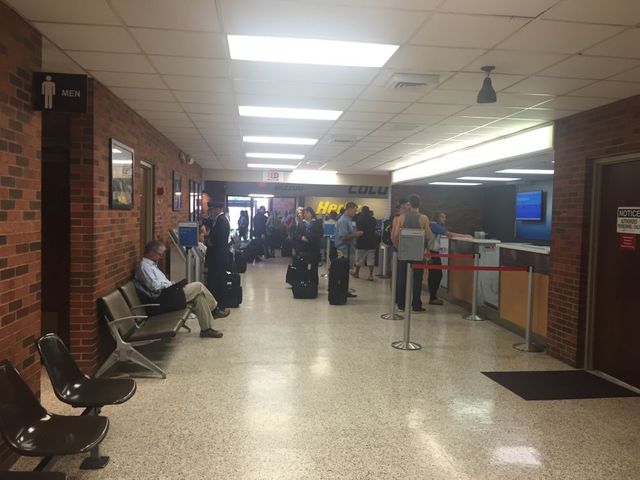 COLUMBIA - Come Tuesday, Boone County voters will decide if a renovation to the Columbia Regional Airport is worth increasing sales taxes on the local hotel industry. Proposition 1, featured on the Aug. 2 ballot, would increase the tax from 4 to 5 percent.

The Columbia Regional Airport fails to meet standards established by the Americans with Disabilities Act.

Former Senator Chuck Graham is active in the fight for rights of people with disabilities across the U.S. After serving in the legislature for 12 years, he now works as the associate director of the Great Plains ADA Center at the University of Missouri and chairs the Columbia Disabilities Commission.

Graham is someone who flies a lot for business. While he has used Columbia Regional Airport on multiple occasions, he said it is not accessible for people like himself. The issues for Graham include parking, bathrooms and just getting aboard the plane.

"My greatest concern is boarding and deplaning, because you've got to go out on the tarmac in all kinds of weather. You have to have some people transfer you over to a very small aisle chair and then have the staff there take you up a ramp that's probably 30 to 40 degrees. Frankly it's dangerous for the passengers and dangerous for the crew members," Graham said.

The new terminal, funded by the tax, is something Graham said he thinks would really help people in his situation.

"There is just really no dignity in the way you're getting loaded and unloaded like baggage onto the plane," Graham said.

Beyond renovations to make the airport more ADA compliant, Graham said he supports Proposition 1 because he thinks that the new terminal would be a benefit to Columbia and mid-Missouri.

The main concerns of opposition to Proposition 1 include unfairly placing the tax burden on visitors to Columbia, the broad wording of the measure which would allow funds to be used in unrelated fields and the lack of demand for flights to and from Columbia.