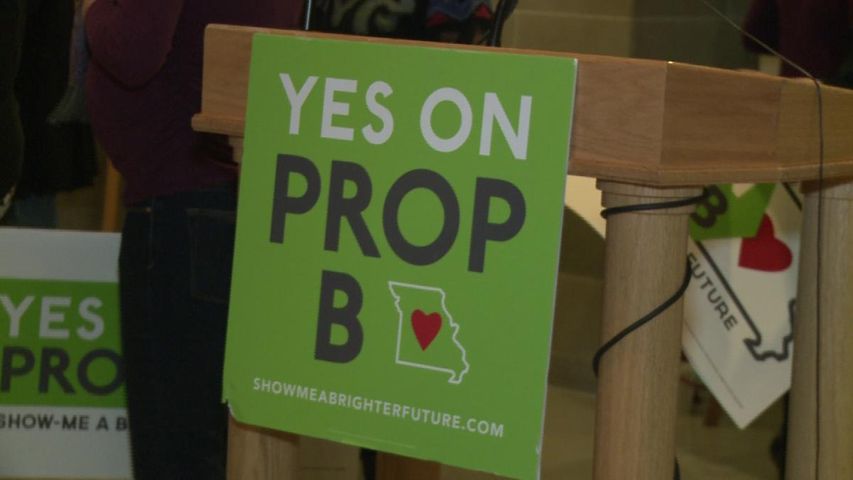 JEFFERSON CITY - The Show-Me a Brighter Future's Bus tour made its last stop at the capitol Friday with a rally to support Proposition B, the proposal that would increase the cigarette tax in Missouri from 17 cents to 90 cents per pack.

Proponents from public school boards, the American Cancer Society and health care agencies across mid-Missouri gathered to educate the public on the benefits of passing Proposition B. They said the proposition would generate $283 million in new revenue annually.

The campaign said that 20 percent of that funding would go toward smoking cessation programs to help Missourians who want to quit smoking and help keep kids from starting. The other 80 percent would go toward funding higher education, including public schools, colleges and universities.

But opponents argue Proposition B would hurt Missourians economically. Ron Leone, executive director of the Missouri Petroleum Marketers and Convenience Store Association said supporters are making promises they can't keep and they are misleading voters.

"So even though this is new money, that can't guarantee that this will be additional money for schools. Again all you have to do is look to our past with respective lotteries and casinos to see that we've been burned twice. And how many times do you have to be burned before you realize not to stick your hand in the fire?" Leone said.

Missouri is currently has the lowest tobacco tax in the nation.

"We need to not be the lowest tobacco tax in the state when we are spending $532 million dollars on Medicaid costs related to tobacco is enough," Snodgrass said.

"So that's why we think Proposition B is not only bad for Missouri because less people are coming in to spend their money, generating less tax revenue but it's also bad for small businesses who rely on those customers coming over from those higher tax border states," Leone said.

Prop B. supporters said the national average for the tobacco tax is at $1.49 per pack. If passed on the November 6 ballot, Proposition B would push Missouri's tobacco tax to the 33rd highest in the country at .90 cent per pack.