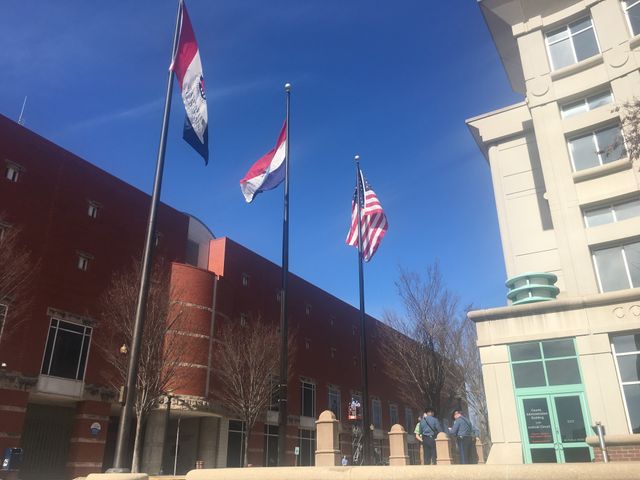 ST. CHARLES - Day two of the Serghei Comerzan trial began with the prosecution calling its witnesses to the the stand. It involved the testimonies of four Missouri State Highway Patrol troopers.

Comerzan is being charged with involuntary manslaughter. The charge comes after he was driving 105 mph on Route FF in Audrain County, where State Trooper James Bava was allegedly chasing Comerzan before Bava died.

Among the four troopers that testified were Sgt. Douglas McPike, a family friend of Comerzan. His testimony brought him and others in the courtroom, to tears.

McPike said his son and Comerzan are close friends and the three of them have gone on camping trips together. He described Comerzan as “honorable and respectable.”

McPike said when he heard Comerzan was a suspect he “didn’t want to believe it.”

The defense said McPike was crossing the line between being a “family-friend” and a police officer during his interview with Comerzan.

When McPike was on the stand, the defense attorney said, ”Just because he drove the motorcycle fast doesn’t mean he was involved in the trooper’s death.”

McPike replied, “I disagree.” He admitted that it would be hard for Comerzan to have not seen the lights.

The main piece of evidence brought into play during the trial on Tuesday afternoon was a video of the initial interview Comerzan had with a criminal investigator, Darrin Haslag.

Haslag heavily questioned whether or not Comerzan saw the state trooper following him.

During a video, Comerzan said he saw two lights behind him, but no light in between them. Meaning Comerzan believed they weren’t the barlights of a police car.

In that video, Comerzan also said he knows he could “outrun” a cop car on his motorcycle, but that it would be “stupid” of him to do.

Comerzan’s lawyer said after Haslag conducted his interview, Comerzan was told to write an “apology letter,” as a form of the written statement to have on file.

Haslag, who interviews witnesses and suspects for a living, testified about the different signs of “nervousness” that Comerzan showed during his interview.

Other evidence submitted included photos of Comerzan’s Facebook page and motorcycle, a map of potential routes he could have taken that morning, and the helmet he was wearing that morning.

Haslag said numerous people saw Comerzan riding that morning, including construction workers and a man in a tan suburban. They all could identify Comerzan’s red and white motorcycle.

The trial is set to continue throughout the remainder of the week at the St. Charles’ County Court House.