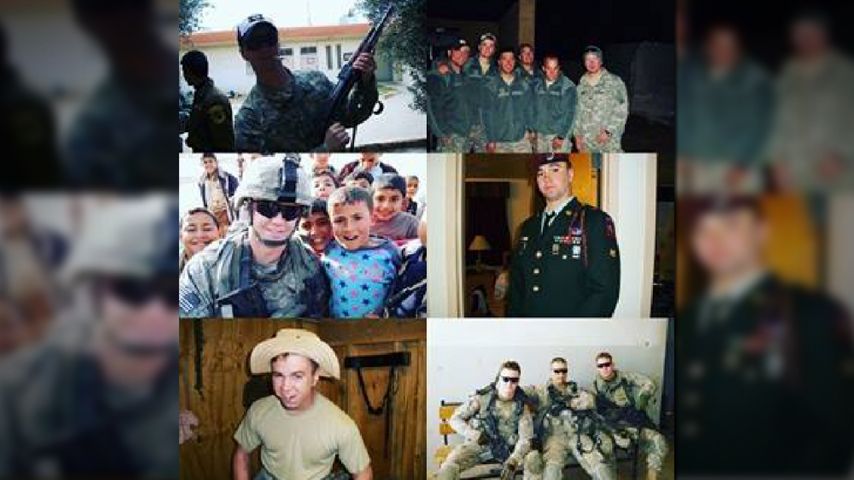 COLUMBIA - Boone County Prosecutor Dan Knight announced Tuesday he would not file charges in circuit court against Ricky Gurley for the May 2017 death of Cameron Caruthers.

"I looked at all the evidence. I had to focus on the most important evidence which is the evidence relating to what happened right then and there at the time of the shooting. That evidence shows that Ricky Gurley acted in lawful self-defense," Knight said.

Gurley shot Caruthers at a home on Dawn Ridge Drive in Columbia; witnesses said Caruthers had his hands up and was unarmed when he was shot, but Gurley's attorney said the shooting was justified.

Knight said there weren't any other witnesses at the scene.

"There are people who would speculate about what might have happened, but they weren't there. We don't have any other information about anyone being inside," he said.

Knight explained the series of events that kept him from filing charges against Gurley.

"Caruthers made a number of different threats. This is all evidence that is there in recordings. Then he came inside the residence according to Kelsy Poore and Ricky Gurley. He physically assaulted Poore. He threatened to kill her," Knight said.

"Then he turned his attention on Rickey Gurley and approached him in a threatening manner. When Caruthers got really close to Gurley, Gurley shot and killed him with a shotgun. Under the law, Gurley had the right to use deadly force," Knight added.

A federal grand jury indicted Gurley in November 2017 for possession of a gun by a convicted felon. Gurley pleaded guilty in January 2019, and was sentenced to two years in prison, with credit for time served.

In a letter sent by Knight to Columbia Interim Police Chief Geoff Jones, the prosecutor explained his reasons for not filing charges against Gurley. Knight said he waited until now to make his decision because he didn't want it to affect Gurley's federal case.

Mike Francis remembered his friend, Caruthers, in a phone interview with KOMU 8 News after hearing about Gurley's trial.

"Two years, four years, no amount of time can bring my friend back," said Francis.

The letter details what happened the night Gurley shot Caruthers and information from Caruthers' autopsy. Gurley said Caruthers threatened and approached him just before the shooting. At the time, Caruthers' girlfriend and her kids were staying with Gurley.

When he arrived, Gurley said Caruthers threatened to bring members of a prison gang Caruthers was once part of to the home. Caruthers also reportedly threatened to come in the house and kill the girlfriend. At one point, Caruthers left the home, but then came back, according to Gurley.

When Caruthers came inside the home, Gurley repeatedly told him to leave while Caruthers continued to threaten his girlfriend. When Caruthers came toward Gurley, who had a shotgun, Gurley shot him. Gurley later told police he thought Caruthers would kill him if he managed to get to him.

However, if the case went to trial, Knight said Kelsy Poore would no longer be a credible source. He said her initial police report was that Caruthers threatened and assaulted her, but she later told other people that didn't happen.

"Later on, Kelsy Poore was contacted by other people after she talked to the police, and she said Cameron Caruthers was not threatening at all. That is completely contradicted by these telephone conversations that were recorded where she was actually speaking to him, and he was directly threatening her and threatening Gurley," Knight said.

Regardless of Poore's credibility, Knight said there was consistency between Poore's original police statement and the telephone recordings. Gurley's statement was also consistent with the recordings. This evidence justified Knight's decision against filing charges.

Knight said police never requested charges against Gurley, and no probable cause statement was ever sent to the prosecutor's office.

He continued on to say Gurley had "amassed many bitter enemies over the years," and that Gurley "made statements before the shooting about wanting to kill someone and scenarios where he could shoot someone inside his residence and be immune to prosecution due to the castle doctrine." But, Knight said Missouri law allows a person to defend themselves, including the use of deadly force in some cases. He wrote "self-defense is measured from the defendant's perspective based on what the defendant could have known at the time."

Knight concluded the "evidence in this case shows that Gurley had the right to use deadly force" against Caruthers. He added even if the case were to go to trial, it would be impossible for his office to prove the charges beyond a reasonable doubt.

"Most importantly," Knight wrote, "and I can't emphasize this enough, on top of a legal standard of proof, I will not seek a conviction in a case if I am not completely convinced that the person is guilty of the crime... I am well aware that numerous family members and friends of Caruthers' family want me to file charges in this matter. I cannot do so. I must follow the law and abide by my ethical responsibilities."

"He has a different opinion than I do of the case, but I told him I was very sorry about his loss. We talked for quiet a while," Knight said.

Knight said he is willing to respond to any responses or questions from Caruthers' family or friends about the case, but he stand strong on following the law.