Prosecutor: Survivor of deadly September shooting a "danger to the community" 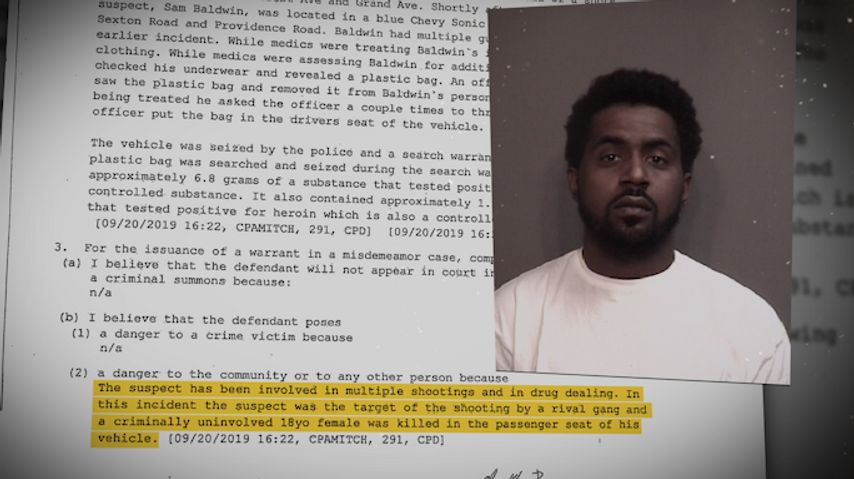 COLUMBIA - Court documents in the case of a man involved in a shooting that left an 18-year-old woman dead say he is a danger to his community.

18-year-old Columbia College Freshman Nadria Wright was killed in a shooting near Forest and Grand Avenue around 11:55 p.m. Sept. 13. She and 28-year-old Sam Baldwin IV were in a car when they were shot.

KOMU 8 News reported back in October, Sam Baldwin IV faced two counts of possession of a controlled substance following a shooting in September.

Baldwin was booked into jail on Wednesday.

Baldwin "has been involved in multiple shootings and in drug dealing," the probable cause statement said. "[Baldwin] was the target of a rival gang and a criminally uninvolved 18-year-old female was killed in the passenger seat of his vehicle."

In a September motion to set bond, the Boone County Prosecuting Attorney Dan Knight asked that Baldwin's bond be set at $25,000.

"[Baldwin] poses a danger to the victim and/or the community because he was involved in a dangerous incident that resulted in the death of Nadria Wright," the motion said.

It also said Baldwin poses a danger because he was found guilty of several other crimes, including domestic assault and unlawful use of a weapon.

"I pray for Sam's safety, mental and physical health," Hamilton told KOMU 8 News. "Nadria looked at him as family and accepted and loved him for who he is."

She said Baldwin did what he could to try to save Wright when the shooting started.

"In that unexpected moment, he covered and shielded my baby with no avail, without a second thought," Hamilton said. "Sam proved she was family to him as well. I will forever be grateful for his efforts to save my baby."